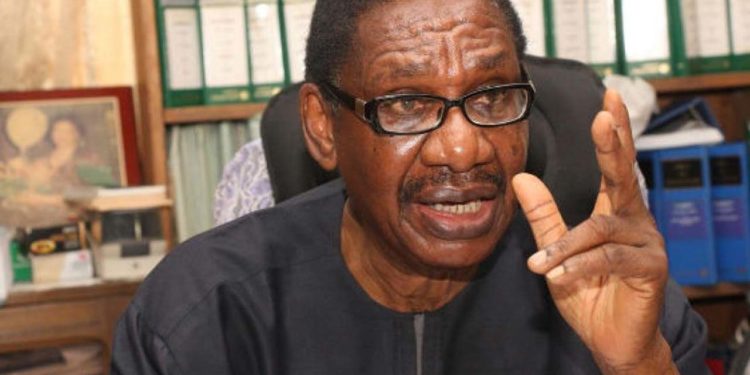 Sagay alleged that Akpabio was neck deep in the issues around the Niger Delta Development Commission, NDDC.

The National Assembly is currently investigating the Interim Management Committee, IMC, of NDDC over alleged fraud and mismanagement of funds.

During an investigative hearing by the House of Representatives on Monday, Akpabio had accused members of the National Assembly of being beneficiaries of most of the contracts from NDDC.

However, Sagay while appearing on Channels Television said the President should also sack members of NDDC IMC.

He said: “If I were the President, if I were in his shoes, and if I was to advise him, I would say dissolve this interim committee, remove the Minister of the Niger Delta because he is neck-deep in it and bring in fresh people, probably people who have been properly nominated and then institute a very strict system of monitoring expenditure.”

The Minister, however, denied all allegations Nunieh made against him and ordered his lawyers to initiate legal proceedings against her.