Munyengango has previously worked as the RDF Spokesperson, a position he held from 2017 to late 2020. 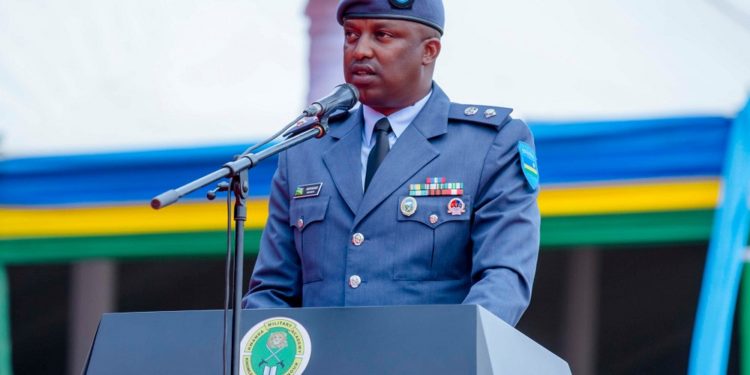 President Paul Kagame, in his capacity as the Commander in Chief of the Rwanda Defence Force (RDF) has made two new promotions and appointments in the army, where Lieutenant Colonels Innocent Munyengango and Claver Karara have been promoted to Colonel.

According to a communique released by the RDF on Saturday, September 4, Munyengango has also been appointed the Chief J5 (Head of the Directorate of Plannning under the RDF).

He also formerly served in different positions including Logistics Officer in RDF’s Air Force and as an instructor at the Rwanda Military Academy in Musanze District.

Munyengango also commanded troop 165 of RDF’s Air Force soldiers that were on a peacekeeping mission under UNAMISS in South Sudan. The troop started their mission in August 2016.

As for Karara, he previously worked as the Defense Attaché for the Rwandan Embassy in Ethiopia, as well as sitting on the Board of Directors of RwandAir, the national carrier.