The roundup of the top 10 Nigerian newspapers headlines 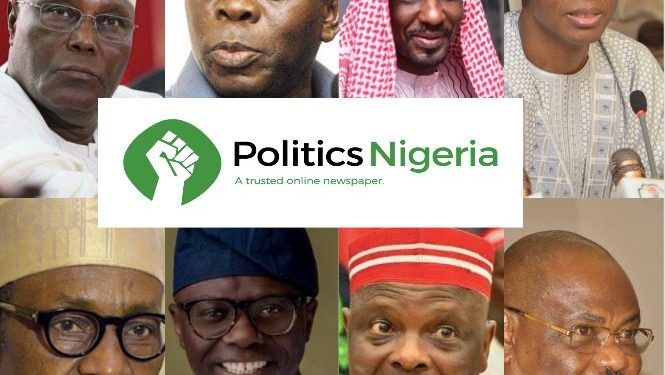 Properties belonging to the former registrar of the Joint Admission Matriculation Board, JAMB, Dibu Ojerinde have been forfeited to the Independent Corrupt Practices and Other Related Offences Commission, ICPC following a court order from a federal high court in Abuja. POLITICS NIGERIA reliably gathered that the presiding judge, Justice Ijeoma L. Ojukwu ruled that Ojerinde’s properties were acquired with public funds which represent proceeds of unlawful corrupt activities.

The National Chairman of the All progressives Congress, APC, Bola Ahmed Tinubu and a retinue of his personal aides have undergone tests for the deadly COVID-19 virus following the death of Mr Lateef Raheem, his chief security officer, CSO. Raheem, 51, who had a history of Diabetes and High blood pressure, died on Friday after his health deteriorated last Monday. It was gathered that samples for the deceased were taken shortly after his death for a COVID-19 test.

The Chief of Staff to Edo State Governor Godwin Obaseki, Taiwo Akerele has resigned from the position. POLITICS NIGERIA gathered that his move to leave the governor’s cabinet results from the current political crisis in the state as the gubernatorial elections are fast approaching. However, Akerele, in his resignation later signed on Friday 25th of April, explained that he was still in support of the governor’s drive to transform the state.

Governor Babajide Sanwo-Olu of Lagos State has said a mass burial will be conducted for dead bodies that are not evacuated from the state’s mortuaries within the next two weeks. Sanwo-Olu made this known at a news conference on COVID-19 pandemic at the State House, Marina.

A group of suspected Boko Haram members have attacked a convoy carrying the family of former Borno state governor, Ali Modu Sheriff, killing five people. POLITICS NIGERIA gathered from a security source that the bandits attacked the convoy that was travelling from Abuja to Maiduguri to attend a three-day prayer of Sheriff’s late father, Alhaji Galadima Modu Sheriff, who died on Thursday in Maiduguri.

Information reaching POLITICS NIGERIA has it that a renowned Professor of Economics, Ibrahim Alkali Ayagi is dead. It was learned that Ayagi lost his life to a protracted illness on Saturday afternoon in Kano. The educationist reportedly died at the age of 80.

8. APC attacks Makinde over plan to return ‘infested’ bags of rice to FG

The Oyo state chapter of the All Progressives Congress (APC) has berated Governor Seyi Makinde for planning to return some bags of rice donated by the federal government. In a statement on Friday, the Special Adviser to governor Makinde on Agro Business, Debo Akande, said state health inspectors found out upon inspection that the bags of rice were infested with weevils. However, the APC in Oyo, in a statement made available to this newspaper on Saturday by its spokesman, Abdul-Azeez Olatunde, appreciated President Buhari for providing the relief to residents of the state.

Nigerian televangelist and the senior pastor and general overseer of Omega Fire Ministries International, Apostle Johnson Suleman has appealed to the Nigerian government to allow pastors to visit isolation centres to pray/heal COVID-19 patients. Suleman, during a recent sermon, reacted to comments from several Nigerians that pastors have refused to go and ‘heal’ COVID-19 patients.

Former Minister of Aviation, Chief Femi Fani-Kayode has reacted to an attack carried out by suspected Boko Haram members on a convoy belonging to Ex-Borno state governor, Ali Modu-Sheriff today. POLITICS NIGERIA earlier reported that sheriff’s convoy was attacked by the bandits causing the death of 3 policemen.