Science: Global Warming is causing some Amazonian birds to SHAPESHIFT 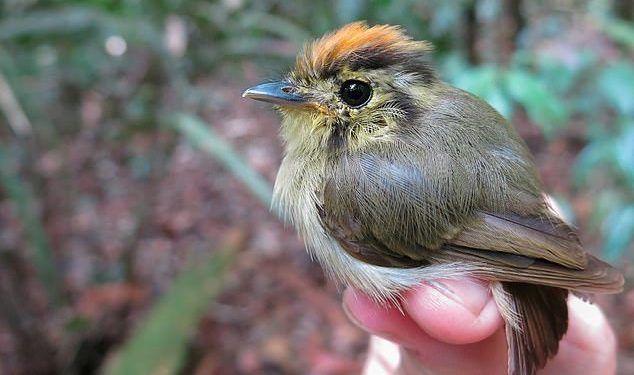 Global Warming is shape-shifting the bodies of birds in the Amazon, the world’s largest rainforest, a concerning new study shows.

Researchers have found several bird species have become smaller with longer wings over several generations in response to hotter and drier conditions.

Affected species include the golden-crowned spadebill, the gray antwren, McConnell’s flycatcher and the dusky-throated antshrike.

Adapting to shifting environmental conditions may include ‘new physiological or nutritional challenges’ for birds, say the scientists, who claim to have eliminated other factors that may have influenced these changes – in other words, there’s no doubt climate change is to blame.

In total, the scientists investigated 77 species of rainforest birds that live there, from the cool, dark forest floor to the warmer, sunlit midstory.

The data revealed nearly all of the birds’ bodies have reduced in mass, or become lighter, since the 1980s.

All species studied currently have a lower average mass than they did in the early 1980s.

The question of the future capacity of Amazonian birds to deal with increasingly hotter and drier surroundings, especially in the dry season, remains unanswered, the team conclude.

Their study has been published in the journal Science Advances.