iHub Nairobi : A Decade of Getting Stuff Done

In the last 10 years the iHub has gone through four major leadership transitions and I am extremely proud that I was there to ensure continuity and to keep the wheels turning. 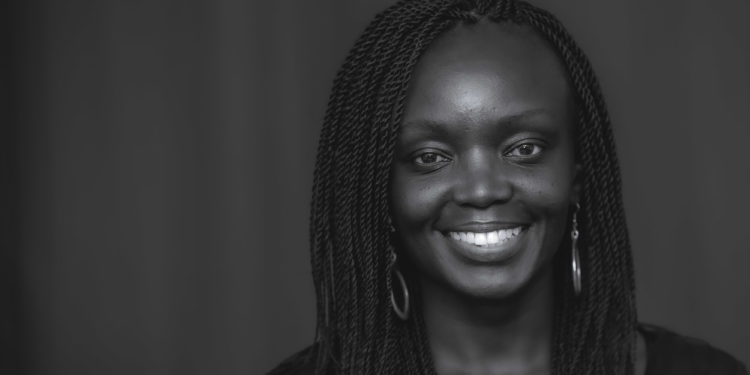 iHub Nairobi was unveiled and launched on 3 March 2010. I was there that evening as one of the first Green Members. For the next two years I was part of the iHub community and in 2012 I joined the iHub Team, first as Director of Operations, then COO and finally as the head of the organisation as Managing Director. On that chilly Nairobi evening in March 2010 I knew we were starting something special. The last 10 years have been an exhilarating ride. Now ‘my watch is ended’. I am leaving the iHub team but will always be part of the iHub community.

Leaving the iHub now is bittersweet. Three years ago, after we had just moved from our original home at Bishop Magua Centre to our current base at Senteu Plaza, if you had asked me when I would leave the iHub, I would have replied that I was that person that would turn the lights off when the iHub shut its doors, and I’d have added that we both knew that day would never come!

For a while there, my personal mission and that of the iHub were so closely connected that I didn’t imagine a reality where we would diverge. And that may still be true to an extent. However,  it’s also clear to me now that even though my personal mission and that of the organisation still align, I will be more effective using a different vehicle to do what I need to do. So while I still believe in the need to build communities, catalyse innovation and grow Africa for Africans, the time has come to do it elsewhere and I am excited at the opportunities that await.

I’m proud of every single day I have spent at the iHub, a few milestones stand out. In the last 10 years the iHub has gone through four major leadership transitions and I am extremely proud that I was there to ensure continuity and to keep the wheels turning. It’s a monumental time for any organisation when the founder steps down to watch it thrive. I joined the iHub as Director of Operations a few months before Erik Hersman stepped down from involvement in day to day operations at the iHub, leaving Josiah Mugambi who was one of iHub’s advisors to step up to leadership. Helping manage that transition was one of the most intriguing things I had ever done. I went on to do that two more times when Kamal Bhattacharya took over from Josiah and when Mary Gicharu took over from Kamal.  I took a deep dive into learning how to manage transitions, trying to learn the right leadership lessons from each of these leaders and using that to grow and shape my own style of leadership which prepared me for when I took over the hot seat in 2018.

The smooth transition of leadership at the iHub is a strong achievement, even better is that I was privileged to see the iHub rise to become a launch pad for some of Kenya’s and Africa’s outstanding innovators and tech leaders. In 2020 many feel that the iHub was inevitable; its success and survival given and assured. That is a testament to the strength of the relatively young and vibrant team that pushed the company to go where no other company had gone before. One of my proudest achievements is to have led an Operations Team which created the structures, the space, the culture, the paths and the depth which led to opportunities for team members to grow, leave the iHub and do amazing things. For example, Jessica Colaco our first community manager went on to found Brave Venture Labs that uses machine learning to help organisations find talent, Tosh Juma went on to start Nairobi Design Institute that’s growing the number of world class creative leaders and designers to build solutions for Africa, Mark Kamau iHub’s first User Experience lead is now the director of user experience at BRCK that’s providing free and accessible internet across Kenya, Leo Mutuku from our research team is now one of Kenya’s leading data scientist and went on to start Intellipro that’s providing advanced analytic solutions for organisations. I could go on and on. So many former colleagues at the iHub are doing incredible things.

I have had the privilege of working with a high performance, high impact community of innovators. Over the ten years, we have supported over 700 startups with business support services and graduated over 150 from our accelerator programs. These startups have raised over USD 50 million in investment and have contributed, conservatively over 50,000 jobs to East Africa’s economy. Their products have positively impacted millions of people. One of the perks of my job was the front row seat to watch the growth of most of these startups in real time. As a testament to their excellence the iHub, in our jeans and sneakers and t-shirts, has become a must visit inspirational stop for Heads of State, Heads of Government, the top leadership of the world’s largest multilateral institutions, technology and innovation billionaires, and the world’s leading thinkers. Equally important, the iHub has been a must-visit for high schools and university students from across Kenya and Africa. We have reached out to and welcomed grassroots organisations that are transforming their local communities across rural Africa, we help plant innovation centres in the most remote parts of our societies. The iHub’s impact is wide and also deep.

In 2016 the iHub made a bold move to move physical locations and I was there. Engaging the community to understand their space needs and scouting locations for our new home was a great shift in gear for my role and one that I greatly enjoyed. Our new home allows us to house more innovators and offer them a world class facility that makes it easy to work and learn.

I have loved spearheading our outreach to ensure lasting partnerships and collaborations. I spent several fulfilling days cementing our partnerships with the Kenyan government through our allies at the ICT Authority, with the World Bank who supported some of our acceleration work, with Oracle and Microsoft who have supported our developer engagement, with Google who have offered mentorship and tools to our startups, with Safaricom and Seacom who offer infrastructure support. Together we’ve been able to demystify government and corporate to hub engagement and I take with me great lessons and life long friendships.

As I leave, my hope for the team is that individuals will continue to thrive and that the iHub will remain relevant. If it doesn’t support/build/enhance/work for the community, do not do it!

What next for me professionally? It is interesting that I leave the iHub as the world is changing dramatically week by week. This new normal presents big challenges and big opportunities. But at the heart of it all will be community. In the short term, I am excited to give more time to an initiative close to my heart. I sit on the board of Afrilabs, a Pan African network of  over 200 hubs spread across 46 African countries. As our Executive Director Anna Ekeledo enjoys her maternity leave, I’m honoured to be able to cover for her as Interim Executive Director and work with the community at Afrilabs to continue to impact at a continental level. The lessons I take with me from the iHub will be instrumental in ensuring continued growth of membership, network and impact of Afrilabs and I’m glad to be able to support Anna and the team in this way. I’m also available for coffees- virtual and eventually face to face – to share my experiences and talk about how we can impact Africa together! I’ll share some thoughts on this blog.

As I close the iHub Managing Director chapter in my story I’m extremely grateful to family, friends and colleagues who on hearing the news of my exit have encouraged and affirmed me reminding me that my work is only just beginning. Different vehicle, same mission. I have seen the iHub to 10 – it has been a life changing experience.