The Prefect Alain Orounla explained that it is necessary to enforce order in the City to increase its resources to meet the many concerns of the people. 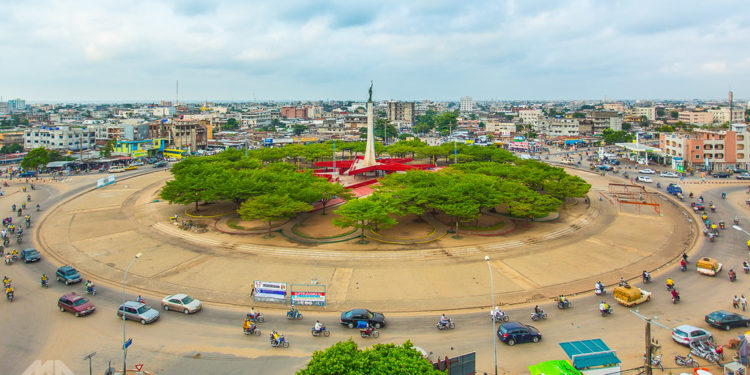 On a statutory tour Thursday, November 11, 2021 at Cotonou City Hall, the prefect of the Littoral, Alain Orounla was welcomed by Mayor Luc Sètondji Atrokpo accompanied by Gatien Adjagboni second deputy and the third deputy Irene Francoise Behanzin. This visit, the first since his appointment last June, is part of the implementation of the provisions of Article 151 of Law 97-029 of January 15, 1999 on the organization of municipalities in the Republic of Benin.

After praising the collaboration of the municipal services with the prefectural services, Mayor Luc Sètondji Atrokpo took the opportunity to summarize the major actions undertaken by his administration for the well-being of his fellow citizens. Among others, he cited the reform of the one-stop shop which allows the increase and securing of the resources of the commune, the strengthening of decentralized cooperation between Cotonou and several foreign cities, the rehabilitation of degraded roads, the construction and repair of classrooms in schools and colleges, etc.

Moreover, he did not fail to thank the government of His Excellency President Patrice Talon for the many projects initiated for the benefit of the people. The prefect took the opportunity once more to reaffirm the need for the populations to accompany without reserve the efforts of the government in the framework of the modernization of the city, revealing his commitment towards the development of the economic capital in all areas, he said;

“Everything we do is done so that the Cotonois feel and live better,”

The Prefect Alain Orounla explained that it is necessary to enforce order in the City to increase its resources to meet the many concerns of the people. During the debates that followed the formal interventions, the participants recognized the efforts made by the municipal authority with the support of the prefectural authority. However, they did not fail to formulate new grievances relating to the improvement of the situation of the district chiefs, the granting of a domain to the dignitaries of the endogenous cult, the development of the bus stations and sanitation.

The municipal and prefectural officials found these concerns to be relevant. They promised to do their utmost to provide adequate answers.