Many travel to Uganda to catch sight of the mystical, mountain gorillas living in the dense forests. Uganda's attractions don't stop there. 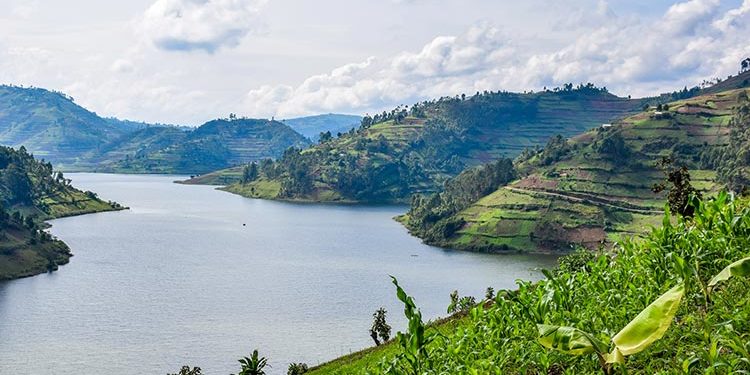 British Prime Minister Winston Churchill once referred to Uganda as the “Pearl of Africa” for its “magnificence, for [its] variety of form and color, for [its] profusion of brilliant life”. Churchill wasn’t exaggerating – this land-locked East African country is a wonderland of fascinating landscapes and rare wildlife. It has a well-developed tourist infrastructure and excellent national parks that offer visitors the opportunity to get up close and personal with endangered mountain gorillas, chimpanzees, and over 600 different bird species.

Uganda is located in East Africa. It shares borders with South Sudan to the north, with Kenya to the east, with Rwanda and Tanzania to the south and with the Democratic Republic of the Congo to the west.

Uganda has a total area of 93,065 square miles/ 241,038 square kilometers. It is slightly smaller than the U.S. state of Oregon and comparable in size to the United Kingdom.

The capital of Uganda is Kampala.

July 2016 estimates by the CIA World Factbook put Uganda’s population at approximately 38.3 million people. Over 48% of the population falls into the 0 to 14 age bracket, while the average life expectancy for Ugandans is 55.

The official languages of Uganda are English and Swahili although many other languages are spoken, especially in the country’s rural areas. Of these native languages, Luganda is the most widely used.

The currency in Uganda is the Ugandan shilling. For up-to-date exchange rates, use this online currency converter.

Uganda has a tropical climate with consistently warm, pleasant temperatures everywhere except in the mountains, which can get positively cold, especially at night. Average daily temperatures rarely exceed 84 F/ 29 C, even in the lowlands. There are two distinct rainy seasons – from March to May, and from October to November.

Travel to Uganda: When to Go

The best time to travel to Uganda is during the dry seasons, June to August and December to February. At this time, dirt roads are in better condition, mosquitos are at a minimum and the weather is dry and pleasant for trekking. The end of the dry season is also best for game-viewing, as the lack of water draws animals to the waterholes and makes them easier to spot.

Many visitors are drawn to Uganda by the possibility of tracking critically endangered mountain gorillas (Gorilla beringei beringei). These majestic animals are a sub-species of the eastern gorilla and are found in only three countries. It is thought that there are just 880 mountain gorillas left in the world. Uganda has two populations – one in Mgahinga Gorilla National Park, and one in Bwindi Impenetrable National Park.

One of Africa’s finest trekking destinations, the famous “Mountains of the Moon” offer snow-capped peaks, still valley lakes, bamboo forests and ice-slicked glaciers. The sheer variety of different habitats allows for an explosion of biodiversity, including many endemic animal, bird and plant species. Several companies offer a choice of trekking routes through the mountains.

Located near the shores of Africa’s largest lake (Lake Victoria), Uganda’s capital is a pleasant place from which to base your visit. It is built on several hills and started life as the capital of the Buganda Kingdom before the arrival of British colonialists in the 19th century. Today, it has a rich history, and a thriving modern culture built upon a foundation of lively bars, restaurants, and nightclubs.

The main port of entry for overseas visitors is Entebbe International Airport (EBB). The airport is located approximately 27 miles/45 kilometers southwest of Kampala. It is served by several major airlines, including Emirates, South African Airways, and Etihad Airways. Visitors from most countries will need a visa to enter the country; however, these can be purchased upon arrival.

In addition to ensuring that your routine shots are up-to-date, the following vaccinations are recommended for travel to Uganda: Hepatitis A, Typhoid, and Yellow Fever. Please note that without proof of a valid Yellow Fever vaccination, you will not be allowed to enter the country, regardless of where you’re traveling from. Anti-malaria prophylactics are also required. Zika virus is a risk in Uganda, so travel for pregnant women is not advised.