The Salvadoran government has already lost $5 million on the 700 Bitcoins it purchased to launch the initiative. 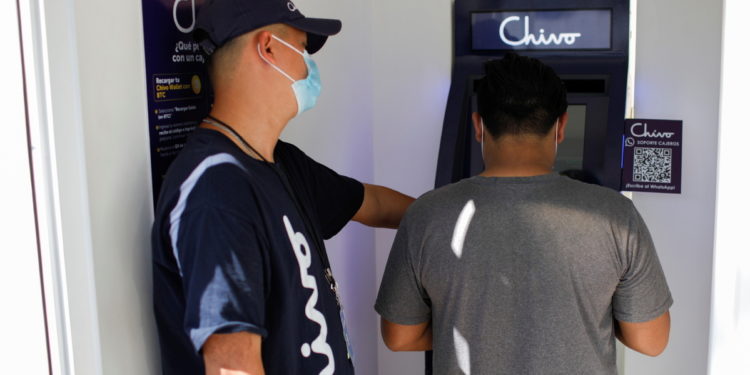 Within weeks of El Salvador becoming the first country in the world to adopt the cryptocurrency Bitcoin as legal tender, the experiment has already run into trouble.

A law that came into force on Sept 7 requiring all businesses to accept payment in Bitcoin prompted street protests in the small Central American nation, which has a population of 6.5 million. There were also long lines at bank machines as people rushed to withdraw US dollars, the official currency since 2021.

The launch of the experiment has also coincided with falls in value of the ever volatile Bitcoin, generated in part by the decision of China’s central bank to declare all cryptocurrency transactions illegal.

El Salvador’s move, which mainstream economists warned in advance could end in disaster, comes at a time when monetary authorities worldwide are wrestling with how to cope with the rise of Bitcoin and a host of rival virtual currencies.

It also coincides with a trend toward people in other fragile economies, including Afghanistan and Lebanon, turning to virtual currencies as a haven to shelter their money.

The Salvadoran government of President Nayib Bukele, a 40-year-old former sales executive, offered every Salvadoran citizen a $30 credit to encourage them to download a virtual Bitcoin wallet that they could use for purchases.

Many responded by rushing to bank machines to convert the credits into what they clearly regarded as the more reliable dollar, which remains legal tender alongside Bitcoin. Others have settled for selling their credits for $25 or less to buyers on social media.

The scramble for dollars was the flip side of Bukele’s boast that more than 2 million Salvadorans were already using the government’s Chivo virtual wallet.

One theoretical benefit of the adoption of Bitcoin is that it offers Salvadorans a quick and low-cost way of receiving money from family members abroad. Such remittances account for some 20 percent of the country’s GDP.

However, among the many downsides is the fact that cryptocurrencies are, at best, unregulated and, at worst, a medium for crime, corruption and fraud.

According to US economist Jeffrey Frankel, “There is one function that cryptocurrencies do appear to serve: facilitating illegal transactions.”

Frankel acknowledged that El Salvador had already accepted a loss of influence over domestic monetary policy when it adopted the United States dollar as its currency 20 years ago. “The costs would be even greater if a currency as unstable as Bitcoin were the sole national currency.”

China’s recent crackdown on cryptocurrencies cited the risks for individuals as well as organizations operating in the virtual money market. According to the People’s Bank of China, the central bank, cryptocurrency speculation has upset the economic and financial order and encouraged criminal activity, money laundering and pyramid schemes.

Governments and the banking sector are, meanwhile, under pressure to develop their own virtual currencies to compete with the speed, cost and convenience of unregulated crypto transactions.

China has begun a digital yuan trial program ahead of the 2022 Winter Olympics, while central banks in Europe and the US are already pondering the adoption of digital versions of their currencies.

In the meantime, some investors in unstable economies are turning to unregulated cryptocurrencies to try to protect their wealth in the face of uncertainty. The Taliban takeover in Afghanistan has seen an uptake in crypto usage, as those with money seek a means to preserve it or transfer it abroad. In Lebanon, a currency crash has prompted people to put their savings into digital money.

Other countries are watching the outcome of El Salvador’s experiment before deciding whether to follow suit. Ukraine and Cuba have shown an interest, while Panama is already considering a draft crypto law that promotes virtual currencies as a hedge against inflation.

The first indications from the floundering El Salvador initiative are that such experiments may fail in the face of public unease about relying on unregulated currencies.

The benefits of reliable virtual money are many, however, and central banks are sure to press ahead with their crypto reforms. The Bahamas introduced a central bank-backed version of the Bahamian dollar last year to avoid the need to move physical cash among its many islands.

The ideal outcome, at least for ordinary wage earners and consumers around the world, might be an updated transaction system offering all the benefits of high-tech with none of the downsides of unregulated cryptocurrencies.