Aid from China, which included cash assistance and emergency supplies, has arrived in tsunami-hit Tonga to help the South Pacific island country out of crisis. 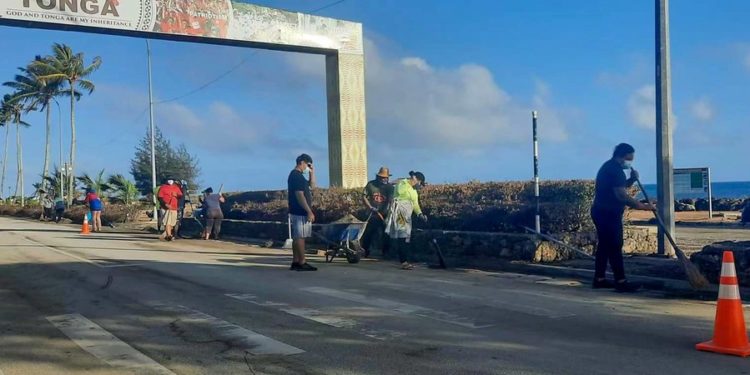 “The Chinese side pays close attention to the situation in Tonga, and has taken urgent action to help Tonga in disaster relief to the best of its ability,” Foreign Ministry spokesperson Zhao Lijian told a press briefing on Thursday.

The Red Cross Society of China has provided emergency humanitarian cash assistance of 100,000 U.S. dollars to Tonga, Zhao said, adding that the Chinese government, through the Chinese Embassy in Tonga, has managed to put together in the shortest time possible some emergency supplies including drinking water and food and delivered them to Tonga on Wednesday.

READ MORE: African Ambassadors Group in China and the United Nations in China co-hosted a symposium in Beijing

Tonga has been battered by the worst natural disasters in history resulting from a massive volcano eruption which occurred on Saturday and its ensuing tsunami and volcanic ash.

According to Chinese Foreign Ministry, the Chinese government will continue to assist the Tongan side with a batch of emergency supplies such as drinking water, food, personal protective equipments, and disaster relief equipments, which will arrive as soon as the flight conditions permit.

During the crisis in Tonga, President Xi sent a message of sympathy and the Chinese government immediately extended a helping hand, said Tupou VI, adding that the Tongan government and people were moved by China’s act of kindness and are deeply grateful.