The COVID-19 pandemic has largely been brought under control in China, with many scholars believing that traditional culture has played an important role in shaping people's response to it. 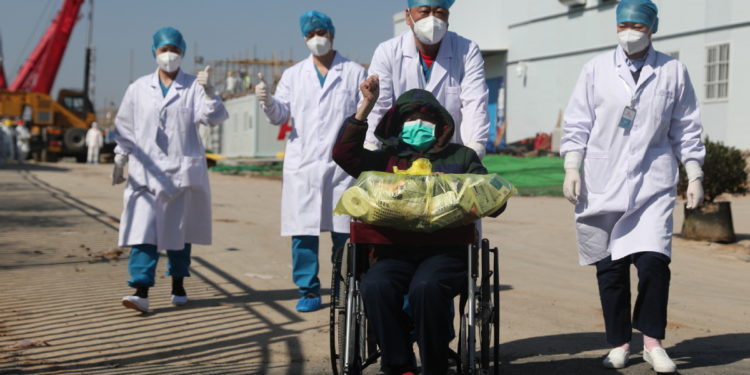 In February, after a field investigation to Wuhan, Hubei province, by the World Health Organization, assistant director-general Bruce Aylward said China had demonstrated phenomenal collective action and a cooperative spirit in fighting the virus.

“Behind every window in every skyscraper, there are people cooperating with this response,” the Canadian epidemiologist said.

Speaking at a recent edition of Vision China organized by China Daily and Tsinghua University, Aylward said Chinese people’s sense of social responsibility, which is embedded in the nation’s culture, and their experiences in fighting the severe acute respiratory syndrome, or SARS, outbreak in 2003 are key elements of the country’s efforts to tackle the virus.

David Gosset, founder of the Europe-China Forum, said “the cultural element is of the greatest importance” in such a unified and rapid response.

“In the Chinese context, it can be said that traditional values inspired by Confucianism… helped China in its battle against COVID-19,” Gosset said.

“Culture has been underestimated by commentators, while it has arguably played the most important role in shaping global reactions to events.

“Less visible than economic dynamics or even political structures or processes, culture is nevertheless what determines the behavior of individuals.”

Four factors in traditional philosophy－dayitong (great unification), jiaguo tonggou (family and state are the same), filial piety and tianxia (all under the heaven)－have influenced the country’s response to the pandemic, according to scholars.

Mario Cavolo, a non-resident senior fellow at the Center for China and Globalization, said,”In a further examination of the values at the root of achievements (made in the fight against the pandemic), we find a historical source driving values, attitudes, and ultimately, our behavior.

“In Europe, for example, we find Judeo-Christian ethics and religions, while some countries prefer a more post-Modern Era neoliberal set of values,” he said.

Gosset said,”As a major global crisis, this pandemic has revealed many aspects of our modernity, and certainly that the world is not culturally uniform. It has indeed to be understood as the juxtaposition of several different cultural contexts.”