China: Clean water? Villagers can drink to that

People in the region relied on surface water formed by rain, snow or river runoff. They would use pieces of cloth to filter out sand, leaves and worms. 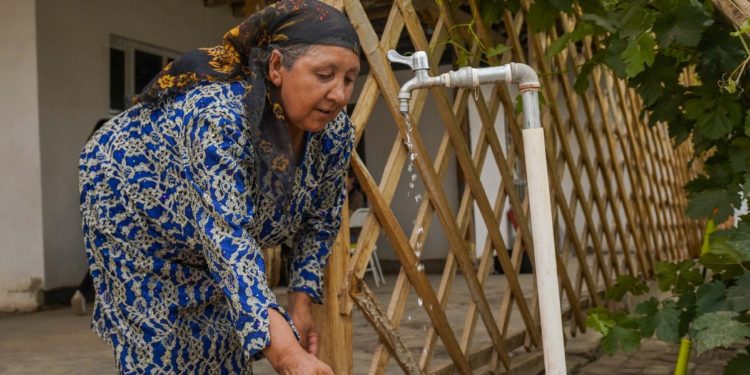 URUMQI－More than 20 years on, 43-year-old Yusup Keyum can recall the overwhelming smell that emanated from the hole in a frozen puddle in his village.

“It reeked of rotten leaves and livestock waste,” he said, adding it was the main source of water for his village when he was a child.

He was born in a village in the region’s south, one of the driest places in the country, where potable water was a rarity.

The water was not only dirty, but also often bitter and salty due to the soil. In Payzawat county, Kashgar, over half the land is saline-alkali soil.

“The water is so salty that local people won’t add salt to their dishes,” said Jia Zhonghu, a local lawmaker.

However, this bitter life is now just a memory. The water quality in Payzawat met quality standards in early June thanks to a safe drinking-water project, making potable water a reality across Xinjiang.

The improvement from bitter and salty puddle water to safe tap water was not easy.

Before the late 1990s, most people in Xinjiang relied on surface water. “There was a tap water supply in the early 1990s, but not stable. So we used both puddle water and tap water,” Yusup said.

In 1995, when he went to college in another city, the puddle in his village stopped being the main source of water. In the late 1990s, wells were drilled, water towers erected and small water treatment plants constructed, offering millions of people access to cleaner water.

In Buzak village, Hotan county, stands a monument commemorating the water improvement projects in the county since 1994.

However, about 100 meters away is a deserted puddle that reminds people of their parched past.

Hebibulla Tohti, a 68-year-old villager, retrieved water from the puddle until 1994.

“We used gourds to get water from the puddle, but now it’s hard to find one in our village,” she said.

After he graduated in 2001, Yusup worked for Kashgar’s rural tap water general station and witnessed the expansion of access to tap water as more water treatment plants were built.

Drinking water safety in rural areas has been high on the government’s agenda as it is an important part of the country’s anti-poverty campaign.

Over 1.7 billion yuan ($240 million) was offered as financial support for a project that kicked off last year to help bring safe drinking water to Payzawat, with the pipelines spanning three counties and their length topping 1,800 kilometers.

The completion of the project marked the availability of safe tap water for all households in Xinjiang.

“The tap water we drink now in Xinjiang tastes as good as bottled water,” Yusup said. “Our life is getting sweeter too.”