KIM JONG-UN, North Korea's Supreme Leader is dead - according to multiple sources coming out of North Korea and the Far East. 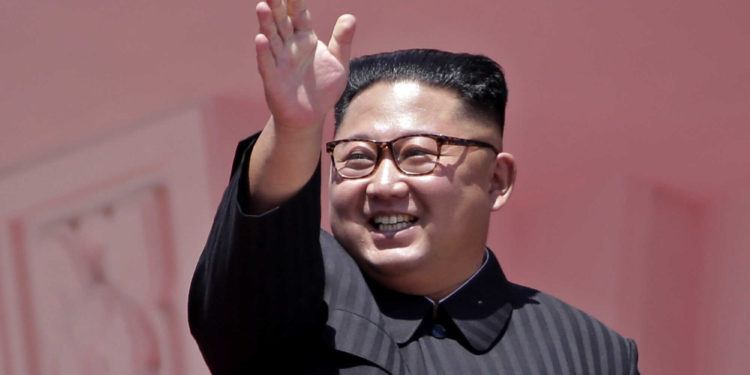 FILE - In this Sunday, Sept. 9, 2018 file photo, North Korean leader Kim Jong Un waves after a parade for the 70th anniversary of North Korea's founding day in Pyongyang, North Korea. North Korea says leader Kim has observed a successful testing of a "newly developed high-tech tactical" weapon. The report Friday, Nov. 16, 2018, from state media didn't say what sort of weapon it was, although it didn't appear to be a nuclear or missile related test. (AP Photo/Kin Cheung, File)

It was being reported as fact by media outlets in China and Japan that the 36-year-old dictator was dead. Other sources said he was on his death bed in a vegetative state with no hope for recuperation after botched heart surgery. Because of the nature of the ultra secret regime in North Korea claims of Kim Jong-un’s death are very difficult to verify before an official state announcement.

But a Hong Kong-backed news channel’s vice director, who claims to be the niece of a Chinese foreign minister, made the announcement.

Further sources were reporting a Chinese medical team had been sent to North Korean capital Pyongyang.

Hours ago a Japanese weekly called Shukan Gendai claimed the North Korea’s dictator was in a vegetative state after complications from heart surgery.

A Chinese doctor – who is believed to have been part of the team sent to treat Kim Jong-Un – was reported as saying a delay in a simple heart procedure had left the leader severely ill.