China received more metallurgical coal from neighboring Mongolia in September than from its once-key supplier Australia, amid escalating tensions between Beijing and Canberra. 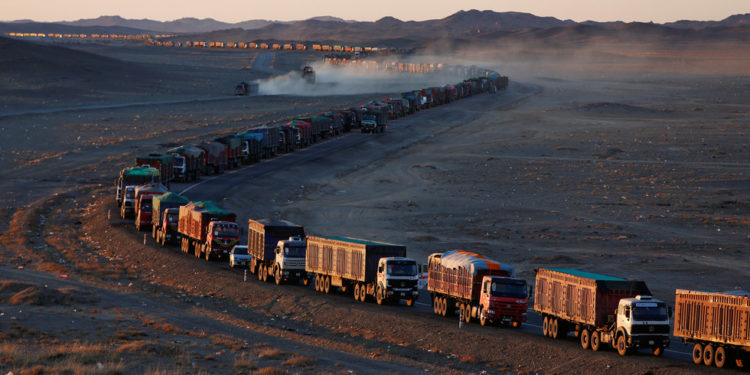 Coal exports from Mongolia, which borders China to the north, surged by 17 percent to 4.65 million tons last month, Global Times reported, citing data from the Mongolian General Administration of Customs. More than 96 percent of those shipments were destined for China, making Mongolia the largest metallurgical coal supplier to the country, the report said. According to S&P Global Platts, shipments from Mongolia to China rose to a record pace in September, jumping by over a quarter month-on-month and more than eight percent compared to a year earlier.

Shipments of the commodity from Australia, which used to be China’s top source of coking coal, dropped to their lowest level this year in September, falling to 2.72 million tons.

The swift change in China’s imports comes amid reports that Australia’s coal is not wanted in China any more. Earlier this month, Chinese power stations and steel mills reportedly started canceling orders, while Chinese ports turned away Australian shipments. No official confirmation has been made so far by either country.

Tensions between Australia and its largest trading partner have been flaring for around three years, since Canberra alleged that there was a growing Chinese influence on its domestic affairs – a claim repeatedly denied by Beijing. In 2018, the Australian government added fuel to the fire as it banned China’s Huawei and ZTE from the country’s 5G rollout.

With relations souring, Beijing has effectively banned imports of Australian barley, and imposed restrictions on wine and meat shipments, among other measures. However, the ban on coal supplies could be more painful for Australia, as it accounts for a much larger share of the bilateral trade between the two countries. Coal is one of the three major Australian commodity exports to China, behind iron ore and liquefied natural gas (LNG).