Smearing China cannot help the U.S. side to cover up facts and shifting blame cannot drive the virus away, said a Chinese Foreign Ministry spokesman after U.S. Defense Secretary said that China "have been misleading the United States and opaque". 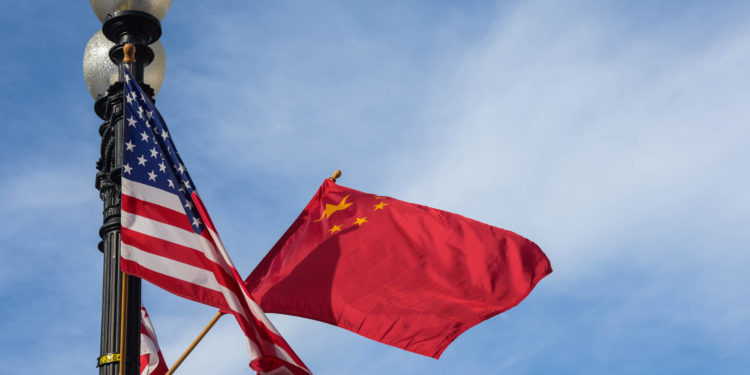 File photo shows the national flags of China (R) and the United States on the Constitution Avenue in Washington, United States.

Zhao made the remarks at a daily news briefing after U.S. Defense Secretary Mark Esper reportedly said that it is “difficult to believe information from the Communist Party of China” and that “they have been misleading the United States and opaque.”

Zhao said China had taken the most comprehensive, rigorous and thorough prevention and control measures in an open, transparent and responsible way since the COVID-19 outbreak and had actively promoted international cooperation on controlling the pandemic.

“If the United States was misled or lacked sufficient information in the early days, how could the U.S. Centers for Disease Control and Prevention issue precautions against the novel coronavirus-related disease on Jan. 15? Why did the United States announce a decision on Jan. 25 to close its consulate in Wuhan and withdraw all its staff? Why did it, on Feb. 2, ban the entry of Chinese nationals and foreign nationals who had been in China over the last 14 days?” Zhao asked.

Smearing China cannot help the U.S. side to cover up facts and shifting blame cannot drive the virus away, Zhao said, noting the international community could only win the battle against the pandemic through concerted efforts.

“We urge the U.S. side to focus more on defeating the virus and boosting the economy at an early date,” he said.