Signs of slowdown in pandemic in parts of Europe, as some countries begin to tentatively ease lockdowns. 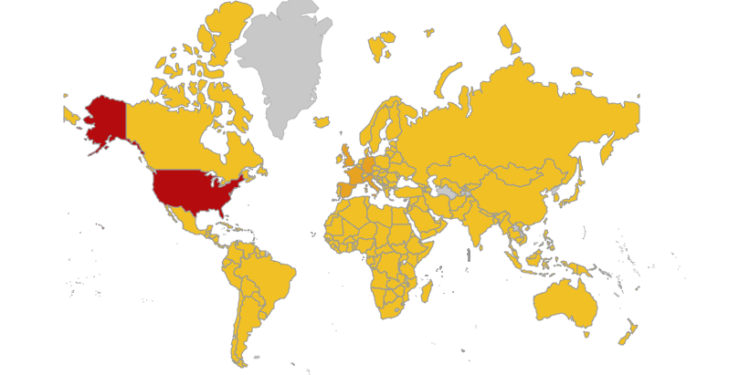 Here are the latest updates.

The National Health Commission says there were no deaths reported on the mainland on April 19, the second consecutive day.

US Vice President Mike Pence says the US has sufficient testing capacity nationwide to allow any of the states to start lifting lockdown orders, providing they meet other criteria required for relaxation.

The other criteria include 14 days of declines in infections and enough hospital capacity to treat everyone who gets sick.

US President Donald Trump says the US would be willing to provide aid to Iran to help with deal with the coronavirus pandemic if Tehran requested it.

“If Iran needed aid on this, I would be willing,” he said at the daily press briefing in the White House.

A group of at least 150 economists in Australia have written to Prime Minister Scott Morrison and the country’s national cabinet to urge the government to continue social distancing measures, amid a growing debate over whether to ease the country’s lockdown to boost the economy.

“We believe a callous indifference to life is morally objectionable and that it would be a mistake to expect a premature loosening of restrictions to be beneficial to the economy and jobs, given the rapid rate of contagion,” they wrote in an open letter.

“We recognise that the measures taken to date have come at a cost to economic activity and jobs, but believe these are far outweighed by the lives saved and the avoided economic damage due to an unmitigated contagion.”