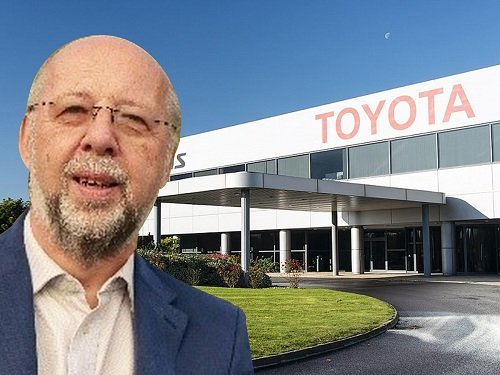 A former Toyota manager, Colin Thompson has died from coronavirus.

Heartfelt tributes have been paid to Thompson who passed away aged 69 after contracting the disease. He leaves behind his wife and two sons.

Thompson spent more than 20 years working for Toyota after developing a passion for manufacturing from an early age.

Toyota said Thompson was held with high regard and one of his many jobs was to manage the company’s chemical compliance activities.

The tribute said: “Toyota Motor Manufacturing UK was saddened to hear of the recent passing of Colin Thompson due to COVID-19.’’

Thompson spent his younger years in Essex and became interested in car manufacturing when his father worked for Ford in Dagenham.

He moved to Duffield in the 1990s when he came to work as a safety specialist for Toyota at its Burnaston factory.

His career took him to Toyota plants worldwide and he and his family lived in Belgium for four years until quite recently. During these trips overseas, he developed a passion for travel to far off places which he enjoyed for the rest of his life.

He also spent time helping others as a parish councillor in Duffield from the 1990s and held the position as chairman of Duffield Parish Council.