Given China's effectiveness in handling the COVID-19 fallout, which was better than most other countries, multinational corporations are finding fresh momentum from the country's surging trade volume. 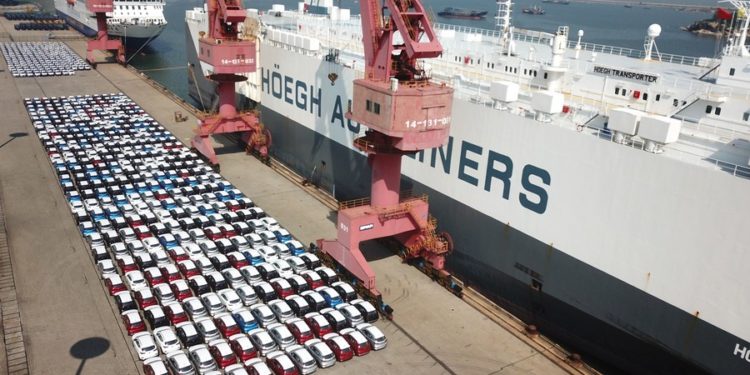 There has been a significant increase in the volume of China’s trade with emerging markets and supply chains that are reliable and relatively less vulnerable to disruptions.

MNCs also sense many opportunities in China’s advantages like massive economic scale, huge consumption potential, development of “new infrastructure”, a fast-growing digital economy and competitive labor quality, all of which have made the country’s supply chains more scalable, extendible and cost-effective.

Since the Association of Southeast Asian Nations and China have become each other’s largest trading partner this year, many MNC executives feel this change will push them to ship more products manufactured in China to Southeast Asia. For example, the distance between Shenzhen in Guangdong province and Thailand (and Vietnam), is virtually shorter now than the Shenzhen-Beijing route taken by flights and even container vessels.

Furthermore, many Southeast Asian countries, especially Singapore and Malaysia, have deep-seated Chinese culture, and many of their businesses have already used the experience of Chinese companies’ operating models.

Taobao, the e-marketplace created by Alibaba Group, and online gaming platforms operated by Tencent Group, have inspired clones in the region. In fact, Lazada Group, the e-commerce leader in the region, is backed by Alibaba. This trend has helped build a solid foundation for China and ASEAN members to deepen their trade and investment ties for the long run.

Even though China’s rising labor and production material costs have pushed a number of domestic and global companies to move their garment and leather product factories from the Chinese mainland to India, Vietnam, Cambodia and Indonesia in recent years, these countries’ insufficient power supply, transportation infrastructure, and multi-language system have restricted foreign companies’ growth.

China’s single-language advantage relative to its huge market and constantly improving legal environment have encouraged foreign companies to double down on their commitment and match their unshakable confidence with actual deeds.

On the other hand, factory relocation entails new investment. As the world stares at a possible economic recession due to COVID-19, the willingness to invest in other markets has been greatly affected among many multinational companies.

To prevent risks, their top priority will likely be to retain cash and keep cross-border investments on a tight leash.

Since early work resumption further validates China’s manufacturing advantages over other emerging markets, the country will likely remain one of the top investment destinations for global investors. Foreign firms are satisfied with China’s enhanced efforts in fighting the contagion and boosting its economy via new policy measures since February.

Moreover, the pandemic has prompted both Chinese and global companies to pay more attention to digital infrastructure in the next phase of their development. China happens to be a hot spot in developing digital technologies such as 5G, data centers and internet-connected manufacturing business.

Against the backdrop of the worrisome prospects for global trade and investment, China was able to quickly adopt a series of measures to stabilize foreign trade across the country, focusing on key points and making up for shortcomings. These practical moves also demonstrate the nation’s comparative institutional advantage.