AstraZeneca has renamed its Covid-19 vaccine, a move that coincides with the company’s struggle to reassure the public that its drug is safe, following numerous reports of potential adverse effects. 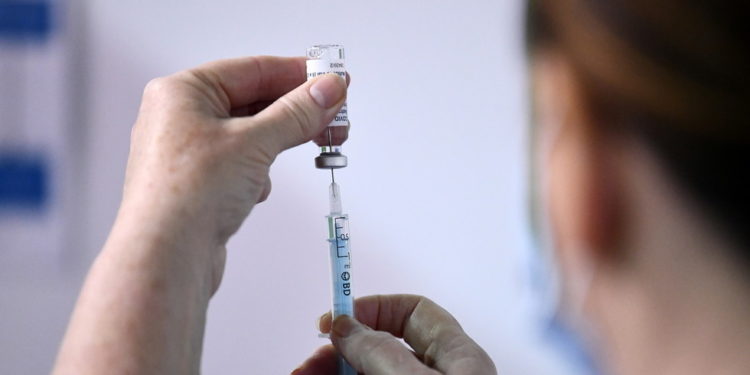 The British-Swedish pharmaceutical has rebranded its jab, which previously went by the simple ‘AstraZeneca Covid-19 Vaccine’, to ‘Vaxzevria’. In a press release, the company said that the name change does not involve any alterations to the actual drug. Medical workers should be made aware of the rebrand though, the firm said, because the labeling and packaging can look different.

The European Medicines Agency signed off on the new name last week after AstraZeneca sought approval for the change from the EU regulator. Covishield, which is based on the same formula but was developed in collaboration with the Serum Institute of India, will retain its current branding.

The debut of ‘Vaxzevria’ comes as AstraZeneca fends off growing uncertainty about its drug, which was created in tandem with Oxford University. More than a dozen countries across Europe have temporarily halted their rollout of the vaccine following reports of blood clots. EU health officials, as well as the pharma firm, have maintained that the vaccine is safe and not related to the medical episodes, some of which led to death.

On Monday, Canada joined the growing list of countries that have suspended or placed restrictions on the drug’s use. Citing potential safety concerns, the country said that the vaccine would not be administered to people younger than 55.

The company was hit with more bad press after US regulators raised concerns that trial data used to gauge the efficacy of the vaccine was potentially outdated and misleading. AstraZeneca said that it was working to update and verify the trial’s findings. The vaccine has not yet been approved for emergency use in the United States.

Despite reassurances from the medical bodies and governments, Europeans appear to be growing increasingly distrustful of the AstraZeneca drug. A poll released by YouGov last Monday revealed that only 23% of French people and 32% of Germans consider the vaccine to be safe.

However, it’s not clear whether the ‘Vaxzevria’ name change was motivated by the bad publicity, as the trademark application for the drug dates back to December.