Huge plumes of dark smoke billows in the air at the site of a major explosion in Lagos Sunday as dead bodies were carried away. 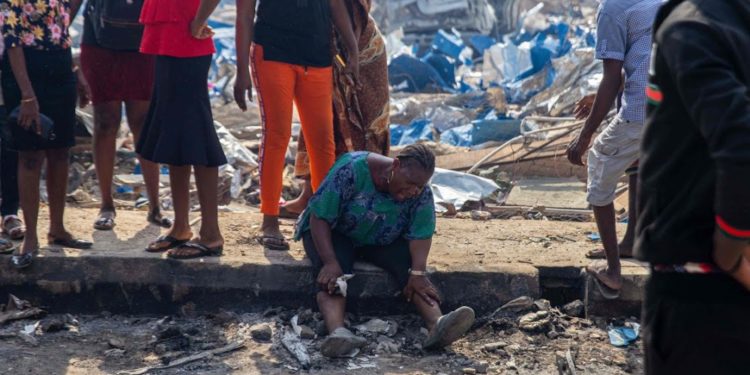 A resident recounts the disturbing and tragic incident that killed at least 17 people.

What I saw was, was quite unbelievable.

According to the state-owned National Petroleum Corporation, the incident was caused by a truck that “hit gas cylinders stacked in a gas processing plant”.

The explosion occurred in the Amuwo Odofin area of Lagos, Nigeria.

Spokesman for the National Emergency Management Agency said 50 buildings were destroyed by either collapsing or catching fire in three different neighborhoods.

This was the most serious explosion in Lagos since January 2002, when bombs from a military armory exploded, killing more than 1,000 people.