The spread of COVID-19 is on a spiraling trend in many parts of the world, and record daily increases in infections have been refreshed more frequently in some European countries. 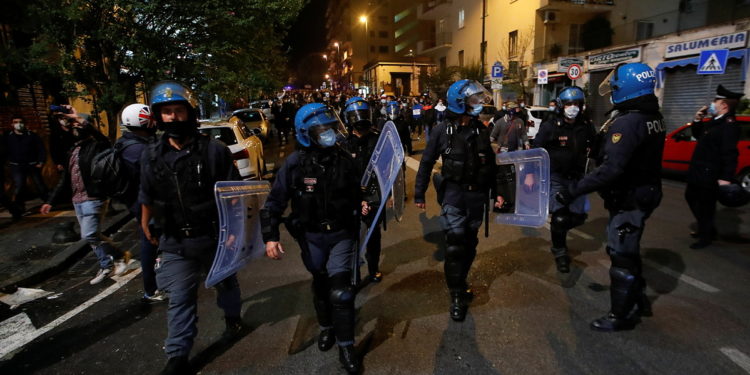 The Italian government said on Saturday that it planned further restrictions to contain a resurgence of the pandemic as the country reported another daily record for COVID-19 cases, despite a second night of street protests against curfews ordered last week.

Prime Minister Giuseppe Conte has said he wants to avoid a repeat of the blanket lockdown earlier in the year. But a number of regions have imposed curfews, and the central government is expected to announce more measures soon.

According to a draft decree circulated on Saturday, public gyms and swimming pools may be closed and bars and restaurants told to shut from 6 pm, while people will be encouraged not to travel outside their home districts.

Earlier last week curfews were ordered by local governors in Campania, the area around Naples, Lazio around Rome, and Lombardy.

The spread of the virus in the country has accelerated rapidly in recent weeks, with the total number of confirmed infections exceeding 1 million on Friday.

“Taking into account the spread of the epidemic today, we know that whatever we do, in 15 days we will see the consequences of these infections,” Veran said.