Russia exported 79 million tons of food products last year, worth $30.7 billion, the AgroExport center under the country’s Ministry of Agriculture said in its latest report. 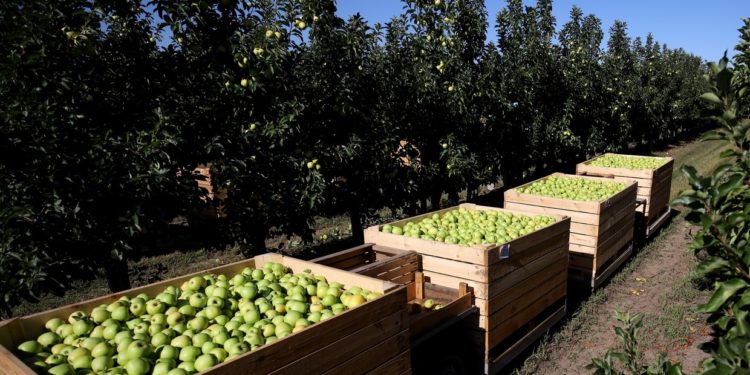 According to the agency, Russian food exports saw a 20-percent surge compared to the previous year, beating the record set in 2018, when the country exported 78.5 million tons of produce worth $25.8 billion.

The nation also exported more grain, meat, fish, vegetables, dairy and other products than it imported, becoming a net seller of agricultural produce for the first time since the collapse of the Soviet Union.

Grains traditionally made up more than half of Russia’s agricultural export in terms of weight, accounting for about 33 percent of foreign food sales. In 2020, the country recorded its second-strongest grain harvest in history. Turkey became a major consumer of Russian grains, having bought nine million tons for $1.9 billion.

The biggest rise was seen in meat exports, which reportedly rose 49 percent over the year to a total value of nearly $900 million, boosted by strong and growing demand from China.
Beijing remained the top importer of Russian food produce, accounting for 13 percent of overall sales.

Turkey became the second-biggest buyer with 10 percent, while the share of Kazakhstan’s imports totaled seven percent. In total, Russia exported food products to 150 countries across the globe.

Russia’s agricultural sector has been booming since 2014, when the country banned some food imports from the European Union in response to sanctions over the Crimean reunification, and had to develop domestic alternatives to European dairy products, fruits, vegetables, cheeses and meat.

Under the strategy put forward by the country’s government, agricultural imports are set to increase by another 50 percent over the next three years. Russia’s Agriculture Ministry expects food exports to amount to at least to $26 billion in 2021.

However, recent measures undertaken by the Russian government may hold back the dramatic growth. The Kremlin has recently introduced an export limit and a tax hike on exports of grains in an effort to keep excess supplies at home to prevent domestic food prices from rising.