Exports of Russian wheat and meslin increased by 15.2 percent from January to November 2020, compared with the same period in 2019, and amounted to 33.6 million tons, according to the Federal State Statistics Service. 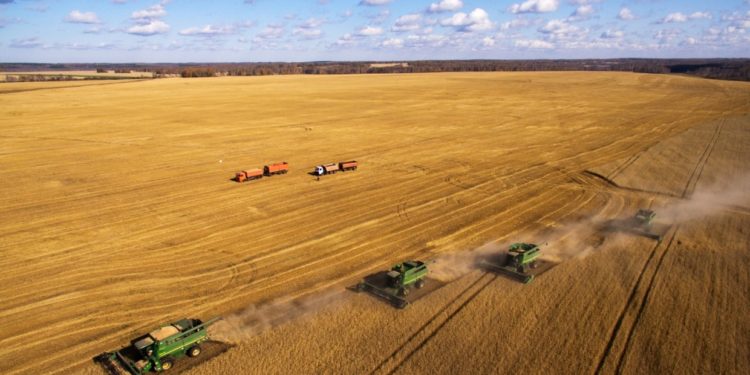 That’s in line with pre-pandemic projections from industry experts, who said deliveries could be in the range of 32-to-42 million tons. In the previous 2018-2019 agricultural season, Russia exported 35.2 million tons of wheat to the global market, after delivering a record 40.449 million tons in the previous season.

In December, Russian authorities introduced an export limit of 17.5 million tons for certain grains for the remainder of the marketing year during the current season. Last week, they approved raising the wheat export duty to €50 ($60) per ton from March 1. The country will also introduce export duties for corn and barley, of €25 and €10 per ton respectively, from March 15.

The step is expected to protect domestic supply and stabilize the prices of several commodities, such as flour and bread, amid the economic upheaval from the Covid-19 pandemic and a plunge in oil prices.