South Korea's top court on Thursday upheld an appellate court's ruling to sentence former President Lee Myung-bak to 17 years in prison over a set of corruptions, including bribery and embezzlement. 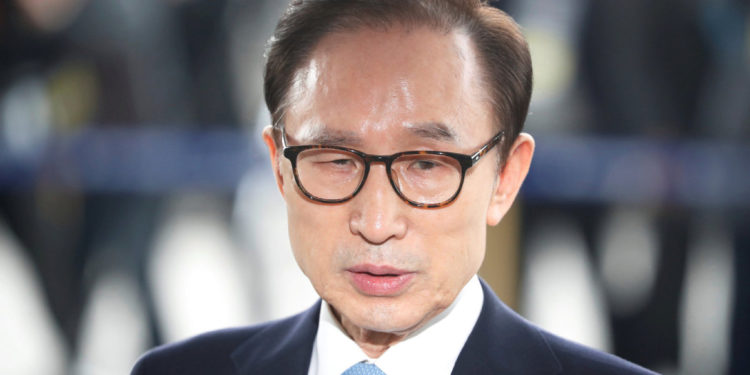 The Supreme Court handed down the ruling on Lee, who served as the country’s head of state for five years from early 2008, fining him 13 billion won (11.5 million US dollars).

A Seoul district court sentenced him to 15 years in jail, and the appellate court raised the sentence to 17 years.

Lee will be taken to a prison after being released on bail in February.

The top court said there was nothing wrong found from the lower courts’ rulings on charges of embezzlement and bribery.

The former president was charged with embezzling tens of millions of US dollars from DAS, a lucrative auto parts maker that is believed to be owned by Lee under the borrowed names.

He was found guilty of receiving millions of US dollars in bribe from Samsung Group, the country’s biggest family-owned conglomerate.

The bribe was offered to pay lawyer fees for the auto parts company, which faced a legal case in the United States, in return for Lee’s presidential pardon to late Samsung Electronics Chairman Lee Kun-hee.