THE PROJECTED U.S. death toll from the coronavirus is trending upward as states and cities start reopening their economies and people venture outdoors 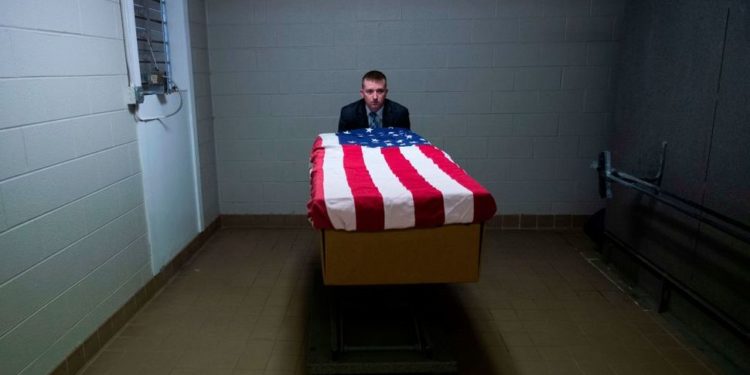 Researchers behind a model that has been cited by the White House nearly doubled their estimated death toll on Monday to 134,475 fatalities through August. Health officials in the U.S. currently report more than 68,000 deaths, according to Johns Hopkins University.

“These projections are considerably higher than previous estimates, representing the combined effects of death model updates and formally incorporating the effect of changes in mobility and social distancing policies into transmission dynamics,” the Institute for Health Metrics and Evaluation at the University of Washington said in its update.

New York, New Jersey, Pennsylvania, Massachusetts and Michigan are projected to have the five highest increases in death tolls through August, according to the model.

“While these states have generally been among those with the highest predicted tolls from COVID-19, each of their cumulative death projections have increased by at least 2,000,” the update stated. “This is due in part to updates to death data and modeling approaches, with the latter now estimating longer epidemic peaks and slower downward trajectories following those peaks in many locations.”

The internal, interagency document predicts about 200,000 new cases per day by the end of May.

But the administration distanced itself from the document, saying it isn’t something the White House coronavirus task force has looked over.

“This is not a White House document, nor has it been presented to the Coronavirus Task Force or gone through interagency vetting,” White House spokesman Judd Deere said in a statement. “This data is not reflective of any of the modeling done by the task force, or data that the task force has analyzed.”