Trump, Biden tear into each other

Many people anticipated a testy US presidential debate on Tuesday night and that is exactly what they got. 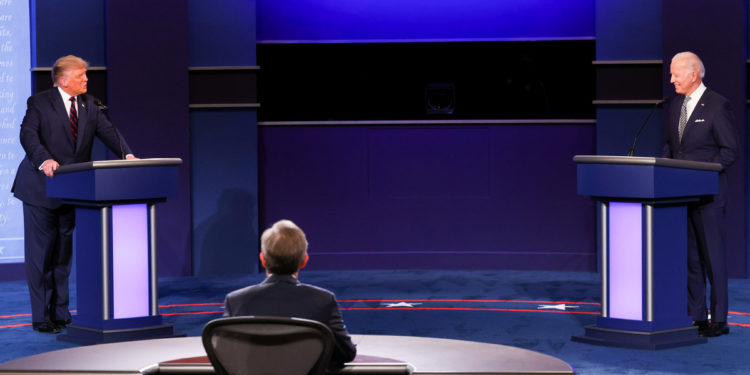 The much-hyped 90-minute debate in Cleveland, Ohio, co-hosted by Case Western Reserve University and the Cleveland Clinic, started with an exchange over the recent nomination of Judge Amy Coney Barrett to replace the late Justice Ruth Bader Ginsburg a little more than a month before the Nov 3 election.

“We won the election. Elections have consequences,” Trump said. “Good in every way,” was how he described Barrett. “Some of her biggest endorsers are very liberal people.”

“The American people have a right to have a say on the Supreme Court nominee,” Biden said. “The election has already started. She (Barrett) thinks that the Affordable Care Act is unconstitutional,” Biden said.

The former vice-president said “100 million people have pre-existing conditions. Insurance companies are going to love that,” if the act is overturned.

“I guess I’m debating you, not him,” Trump told moderator Chris Wallace of Fox News, whom he repeatedly interrupted.