"While the economy has been doing better than expected, I think there's downside risk to that if there is no further fiscal support," Powell said. 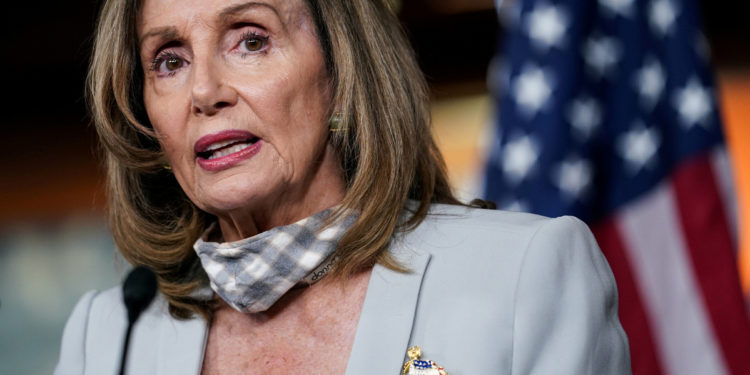 WASHINGTON – US House Speaker Nancy Pelosi said on Sunday that there’s a chance she and Treasury Secretary Steven Mnuchin could reach an agreement on the next COVID-19 relief package.

“I trust Secretary Mnuchin to represent something that can reach a solution and I believe we can come to an agreement,” Pelosi said on CNN’s “State of the Union.”

“What we will be putting forth is a proffer to say: Now, let us negotiate within a time frame and a dollar amount to get the job done to put money in people’s pockets, to honor our heroes and to crush the virus,” Pelosi said. “I think we have a chance to get something done.”

Pelosi noted that the public is going to have to see why the next COVID-19 relief package perhaps needs 2.4 trillion US dollars because “the president’s denial of the virus and just resistance to doing anything to crush it has made matters worse in so many ways.”

“For restaurants, for small stages around the country, again, more money needed for PPP, more money for the airlines and the rest. So, we may need more money than that,” she said, referring to the Paycheck Protection Program for small businesses.

House Democrats unveiled a 3-trillion-dollar relief proposal in May, which didn’t gain support from Republicans. Senate Republicans put forward a 1-trillion-dollar package in late July, and failed to advance a slimmed-down proposal earlier this month. Recently, Pelosi has insisted that Democrats won’t accept any package lower than 2.2 trillion dollars.

At a congressional hearing on Thursday, Mnuchin said that a targeted relief package is still needed and the administration is ready to reach a bipartisan agreement.

“I believe there is significant bipartisan support for legislation that supports kids and jobs particularly for extending the PPP to those hardest hit industries that need a second payment,” Mnuchin said.

Federal Reserve Chairman Jerome Powell also said at the same hearing that the lack of further fiscal support would pose a downside risk to the US economy, which is recovering from the COVID-19 induced recession.