The Pentagon's prepare-to-deploy order came one day after the State Department authorized the voluntary departure of US government employees at the US Embassy in Kiev and required their family members to leave Ukraine. 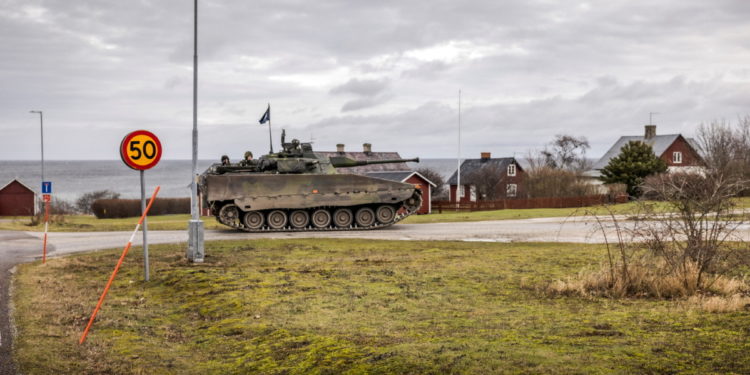 WASHINGTON – The US Department of Defense announced Monday some 8,500 US troops have been put on heightened alert for a possible deployment due to escalating tensions on the Russia-Ukraine border, but there is no decision on formal deployments.

John Kirby, the Defense Department’s spokesperson, said during a press briefing that putting US forces on heightened alert is to ensure that the United States will get ready to respond to a possible decision by the North Atlantic Treaty Organization (NATO) to deploy its 40,000-strong multinational response force known as NRF, which could be shored up on short notice.

READ MORE: The families of US diplomats have been ordered to leave Ukraine

“This is really about reassuring the eastern flank of NATO,” Kirby said, adding the order, which came from Defense Secretary Lloyd Austin at the direction of President Joe Biden, was about “proving how seriously the United States takes our commitment to NATO” and to the alliance’s collective defense commitment.

“All told, the number of forces that the secretary has placed on heightened alert comes up to about 8,500 personnel,” the spokesperson said.

Kirby stressed that no decision has been made on deploying US forces, and that the troops on high alert include “additional brigade combat teams, logistics personnel, medical support, aviation support, intelligence, surveillance and reconnaissance.”

READ MORE: The head of the German Navy, resigns over Putin ‘respect’ comments

Kirby also reiterated Biden’s position that the United States will not be sending its troops into Ukraine in the event that war breaks out between Kiev and Moscow, but that the West is still determined to deter the Kremlin from launching an invasion through the threat of sanctions and military aid to Ukraine.