Asian and European countries should proceed carefully in reopening their economies during the global coronavirus outbreak, according to two International Monetary Fund officials. 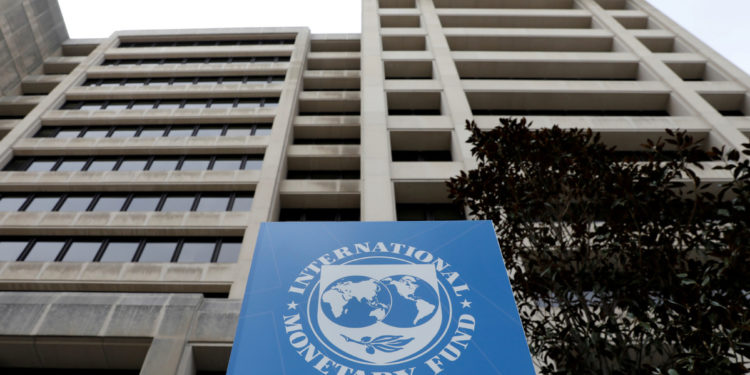 They suggested that doing too much too soon could risk a deterioration in the situation.

While reopening in China has proceeded “without a debilitating second wave of infections”, Europe, which appears to be resuming economic activities earlier in the epidemic cycle than China, could be more at risk, the experts said in a blog post.

“In both Europe and Asia, lockdowns and other restrictions have imposed a significant economic and psychological cost on citizens, and their desire to roll back these measures and reopen economies is all too understandable,” wrote Changyong Rhee and Poul M. Thomsen, who head the IMF’s Asia-Pacific and European departments, respectively.

However, moving too early and before far-reaching measures are in place to quickly identify and contain new infections, would put the gains made in fighting the spread of COVID-19 at stake. Such action also risks imposing new human and economic costs, the experts said.

China implemented a strict lockdown in late January, and South Korea also introduced testing, tracking and isolation measures. As a result, the countries saw new infections peak in February, when the pandemic began to hit Europe hard, the officials wrote in an article titled “Emerging from the Great Lockdown in Asia and Europe”.

The number of confirmed COVID-19 cases in Europe has reached 1.8 million, accounting for nearly half the world’s total, while the continent’s reported death toll is close to 160,000, or 57 percent of the more than 280,000 deaths from the virus worldwide.

In their post, the IMF officials presented charts of new daily COVID-19 cases per million and the dates of lockdowns and reopenings in several European countries. They demonstrated that the period between infections peaking and when reopening was planned or partially started in Europe was far shorter than it was in China.

“While strategies differ, Europe appears to be reopening its economy earlier in the epidemic cycle than China,” they said.

They added that the capacity for large-scale testing, contact tracing and case isolation in Europe may lag the best examples in Asia－partly reflecting stringent privacy rules.

For example, the European Commission recommends tracking apps, but only on a voluntary basis. “Consequently, Europe appears to be more at risk than some Asian countries, including China, though no country can confidently declare victory against the virus,” they wrote.

Since mid-February, China has been reopening its economy in a gradual, sequential manner, prioritizing essential sectors, specific industries, regions and population groups based on continuous risk assessments and use of digitalization, big data and technology to support contact tracing.

“Crucially, the effort has been complemented by large-scale testing, including the start of randomized screening in select provinces, and systematic tracking via mobile phone apps to rapidly trace the contacts of any new positive cases,” the experts noted.

These efforts have been accompanied by restrictions on movement and other control measures imposed on infected people and their contacts, they added.

South Korea also encountered the virus early in the global wave and put in place a swift and well-organized containment effort. However, domestic mobility and business activities were never widely restricted in the country, they said.

As a result, the resumption of economic activity is proceeding gradually, and more or less automatically, as social distancing recedes. Singapore also succeeded in containing the virus early on by adopting a strategy similar to South Korea’s, according to the authors.

They said that without a vaccine or effective treatment, policymakers will be balancing the benefits of resuming economic activity against the potential cost of another rise in infection rates.

“They face difficult choices, in part, because the costs of erring in either direction could be very large,” the experts said.

“China’s experience so far shows that a full economic recovery will take time,” Tilton said in an interview with CNBC on May 4.