During the week, more than 254,000 cases were recorded in Africa, 22 percent more than in the previous week, the CDC said. 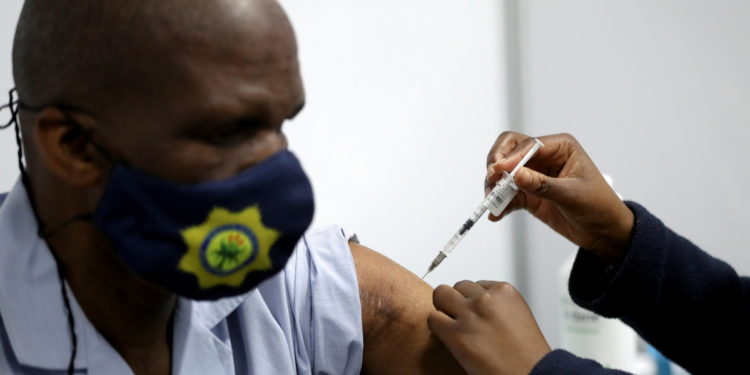 As the continent battles COVID-19 cases fueled by the highly transmissible Delta variant amid low vaccine rates, the Africa Centres for Disease Control and Prevention has urged African countries to remain resilient and committed in the fight against the pandemic.

“The continent is in the middle of a serious COVID-19 crisis, so many countries are witnessing a severe and brutal third wave,” said John Nkengasong, director of the Africa CDC.

“We fought a spirited fight since the start of this pandemic and we cannot relent. We have to win this battle; we have to be resilient.”

Nkengasong called on Africa’s political leaders to take courageous measures to control spread of the virus, which has infected almost 6 million people and killed more than 151,000 across the continent.

According to the World Health Organization, the continent had its worst pandemic week ever during the seven days ending July 4, surpassing the second wave peak.

During the week, more than 254,000 cases were recorded in Africa, 22 percent more than in the previous week, the CDC said.

“The worst is yet to come as the fast-moving third wave continues to gain speed and new ground,” Matshidiso Moeti, the WHO regional director for Africa, said on Thursday.

Despite surging COVID-19 across Africa, the WHO said there are hopeful signs as vaccine deliveries from the multilateral COVAX initiative start to gain momentum, after grinding to a halt in May and early last month.

Over the past two weeks more than 1.6 million doses were delivered to Africa through COVAX, and 20 million more vaccines are expected to arrive in the coming days.