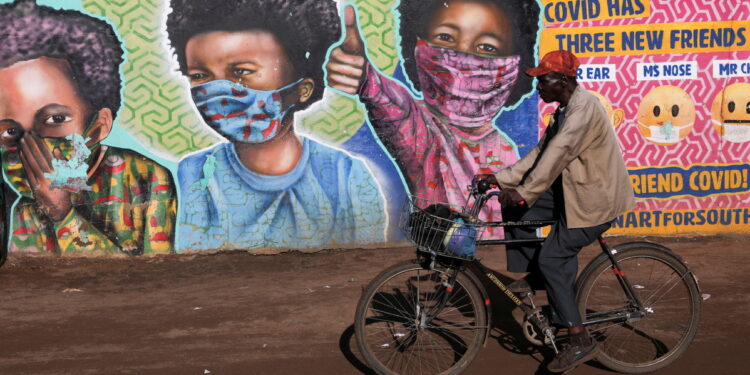 South Africa’s health minister Joe Phaahla on Wednesday rescinded the country’s COVID-19 regulations governing the use of face masks and requiring people traveling to and from South Africa to produce full vaccination certificates.

Through an official gazette notice, Phaahla repealed the regulations which were implemented as part of the national state of disaster since the outbreak of the coronavirus pandemic in the country began two years ago.

“The repeal of the regulations will come into operation on publication in the Gazette,” Phaahla said.

The repealed regulations stated indoor gatherings must be limited to 50 percent of a venue’s capacity, and attendees must show proof of vaccination or a negative COVID-19 test. Outdoor gatherings faced similar restrictions, but capacity was limited to 2,000 people.

Phaahla’s decision to repeal the regulations also means travelers will not be required to show proof of vaccination, a negative PCR test or be subjected to an antigen test.

Through official communication to South Africa’s cabinet on Monday, Phaahla cited data from the National Institute for Communicable Diseases indicating there had been a decline in the number of reported cases and hospitalizations. The reproductive rate of the virus, test positivity rate and reported deaths had also declined.

“We have been monitoring the epidemic, working with the National Institute for Communicable Diseases, and the current epidemiological analysis points towards lower infection rates and that the country has exited the recent spike, which the current limited regulations were promulgated to mitigate,” Phaahla said.