France: People who have not been jabbed to be blocked from hospitality venues

France's Parliament has pushed through a stricter "vaccine pass "law that effectively blocks unvaccinated people in the country from entering hospitality venues. 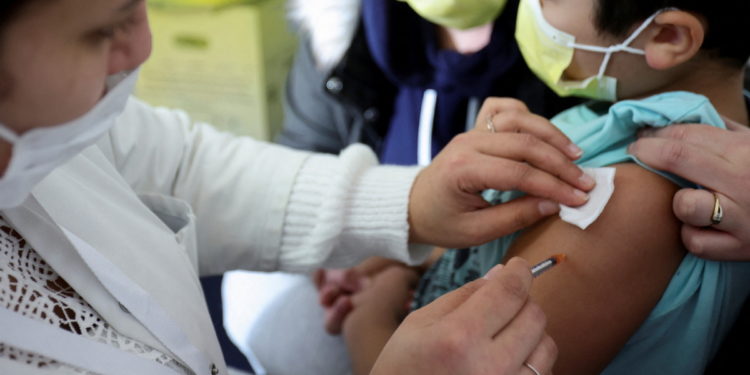 The legislation was finally approved early on Thursday morning after three days of fierce debate in the National Assembly that drew controversial remarks from President Emmanuel Macron.

Members of Parliament approved the bill with 214 votes in favor, 93 against, and 27 abstentions.

The new legislation will now proceed to the Senate and is expected to come into force later in the month, reported the Agence-France Presse, or AFP.

France is intensifying its COVID-19 vaccination program in an effort to avoid new restrictions to curb the spread of the virus.

The bill changes the country’s existing COVID-19 health pass into a new vaccine pass that requires anyone over age of 12 to prove their vaccination status to access restaurants and bars, cultural venues, or trains.

It means that a negative COVID-19 test will no longer be satisfactory, unless for the purpose of access to health facilities and services.

In an interview with Le Parisien newspaper this week, Macron said he wanted to “piss off” unvaccinated people by making their lives so inconvenient that they would seek to get the jab.

Opposition lawmakers demanded explanations from Macron for his comments, which delayed debate on the new vaccine law. The government had hoped that the law could come into force by Jan 15 at the latest.

AFP reported that Prime Minister Jean Castex asked parliamentarians on Wednesday to speed up the process.

The news agency said hospitals were preparing for a surge of infected patients, as cases caused by the new Omicron variant put strain on the country’s health care system. It said people with COVID-19 now occupy more than 72 percent of beds in intensive care units of hospitals.

In a move to ease staff shortages at medical facilities, authorities have taken the decision to allow health care workers who are infected with the coronavirus to keep treating patients rather than self-isolate, said the AP.

On Wednesday, Italy made COVID-19 vaccination mandatory for people from the age of 50, the Reuters news agency reported. It noted that Italy is one of very few European countries to take such a step, and that the measure is immediately effective and will run until June 15.

Italy has the second highest death toll in Europe after the United Kingdom, with more than 138,000 coronavirus fatalities recorded since the outbreak emerged there in February 2020.

“We want to slow down the curve and encourage Italians who have not yet been vaccinated to do so,” Prime Minister Mario Draghi stated in a government press release.