Marine plastics to ‘soon outweigh fish’ in the world’s oceans

Rich nations are the worst offenders when it comes to plastic consumption, according to the financial think tank Planet Tracker. 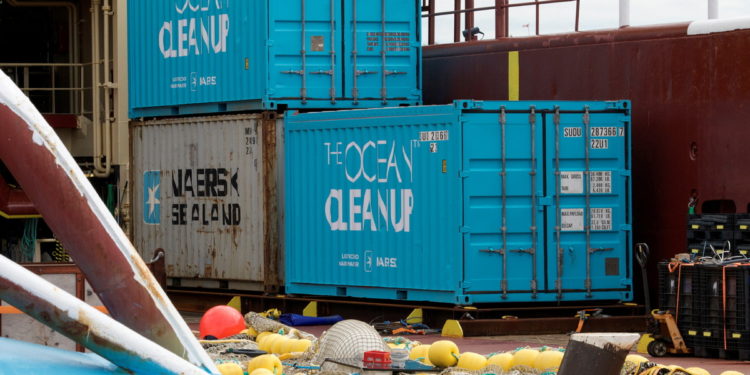 Marine plastics will outweigh the total mass of fish in the world’s oceans in the coming decades, according to an environmental report that calls for a multilateral plastics treaty to stem the tide of global pollution.

By 2025, there will be 250 million metric tons of plastic in the oceans, said the United Kingdom-based Environmental Investigations Agency, or EIA. It said the figure will rise to around 700 million tons by 2040, which is equal to the estimated weight of all the fish in the oceans.

By 2050, the amount of plastic “will far exceed” the weight of all fish in every ocean, the EIA said.

EIA ocean campaigner Tom Gammage said that if the “tidal wave of pollution continues unchecked”, plastic discharges into the oceans alone will triple by 2040, in line with growing plastics production.

“There is a deadly ticking clock counting swiftly down,” Gammage said.

While the United Nations Environment Program has identified climate change, biodiversity loss, and pollution as the three major existential environmental crises, the EIA noted the absence of a commitment from UN member states to address the plastic pollution crisis.

The UN has had dedicated agreements in place to combat climate change and biodiversity loss for decades. The body met in Glasgow last year at COP26 where the Paris Agreement on climate change was finalized, and delegates met in October to negotiate policy at the Convention on Biological Diversity, or COP15, in Kunming, China, where a second session will be held in April and May.

Plastic pollution was a debate topic at the last three UN Environment Assemblies and is on the schedule once again for the upcoming assembly in Nairobi in February.

The EIA said this meeting presents an opportunity for the UN to initiate negotiations on a comprehensive and binding plastics treaty.

“The damage done by rampant overproduction of virgin plastics and their life-cycle is irreversible-this is a threat to human civilization and the planet’s basic ability to maintain a habitable environment,” said Gammage.

The WWF Global Plastic Navigator says that more than 150 nations have expressed interest in signing a global treaty to address ocean plastic pollution.

In Nairobi, delegates may consider a proposed international agreement on plastic put forward by Peru and Rwanda and co-sponsored by 13 countries as well as the European Union. The draft covers all plastic pollution.

Rich nations are the worst offenders when it comes to plastic consumption. In 2020, developing country industrial plastic consumption per capita was estimated to be 36 kg compared to 90 kg in developed countries, according to the financial think tank Planet Tracker.