Anti-inflammatory steroids can reduce risk of death in severely ill COVID-19 patients by 20 percent, according to analysis from researchers at the University of Bristol in the United Kingdom. 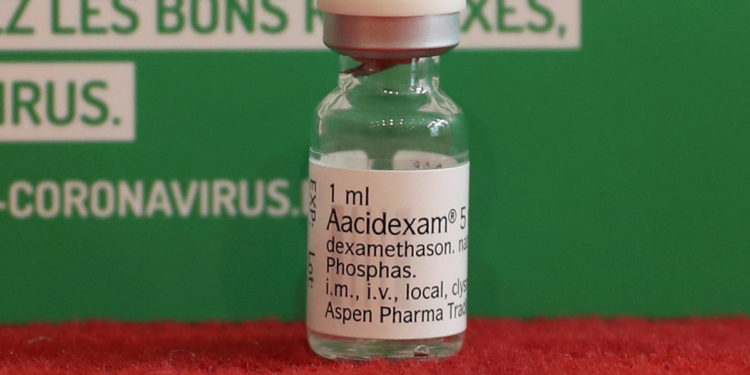 The researchers found that three treatments in the family of corticosteroid drugs－namely dexamethasone, hydrocortisone or methylprednisolone－notably improved outcomes when administered to critically ill COVID-19 patients.

The study, which was published in the Journal of the American Medical Association, involved a meta-analysis of seven trials that looked at the use of steroid treatments to assist in recovery from novel coronavirus infection across 1,703 critically ill patients.

The analysis was coordinated by the World Health Organization and led by National Institute for Health Research, or NIHR, in Bristol.

Back in June, scientists called for more research into the use of corticosteroids as a treatment in severely ill COVID-19 patients, after a study from Oxford University provided evidence that dexamethasone might be effective. This triggered the WHO to delegate this latest analysis to NIHR researchers.

Corticosteroids reduce inflammation by inhibiting or lessening the efficacy of proteins produced by the immune system including cytokines. Sometimes the immune system can overreact and produce too many of these proteins while fighting infection, causing harm to tissues.

Many health experts have theorized that a so-called cytokine storm occurs in some COVID-19 patients, leading researchers to consider the use of various anti-inflammatories as treatment.

“Steroids are a cheap and readily available medication, and our analysis has confirmed that they are effective in reducing deaths amongst the people most severely affected by COVID-19,” Sterne said. “The results were consistent across the trials and show benefit regardless of age or sex.”

The seven trials were conducted across 12 countries between February and July this year, led by teams in China, Brazil, Canada, France, Spain, and the United States. The team behind the review included the lead researchers for all of the trials, Du Bin, director of the Intensive Care Unit at Peking Union Medical College Hospital.

In the trials, some of the 1,703 patients were provided with corticosteroids, while others were treated with a placebo. In the patients that received corticosteroids, there was a risk of death after 28 days of 32 percent, compared with 40 percent among those given the placebo, representing an overall 20 percent reduction in risk of death.

In the study, corticosteroids were effective in low doses and their efficacy was generally not improved by upping amounts of the drugs. Doctors including Du have urged caution over the use of high levels of corticosteroids, as this could lead to inhibiting a healthy immune reaction.