According to Chitty, the population in Pasco County likely originated from the illegal pet trade. Invasive Giant African land snails are illegal to own as pets in the United States. 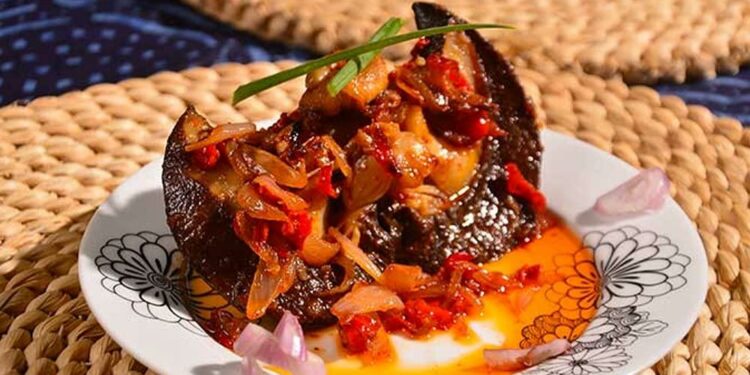 The Florida Department of Agriculture and Consumer Services (FDACS) confirmed there were giant African land snails in the New Port Richey area of Pasco County on June 23, according to FDACS’ website.

The snails pose a health risk to humans because they carry a parasite called rat lungworm, which can cause meningitis, Christina Chitty, a public information director at FDACS, told CNN.
They can produce up to 2,500 eggs per year, so the population is difficult to control.
READ MORE: End hunger: A future where insects make up a substantial portion of the world’s diet is on the horizon.
According to Chitty, the population in Pasco County likely originated from the illegal pet trade. Giant African land snails are illegal to own as pets in the United States. But some exotic pet owners still keep the invasive pests. If the owners discard them into the wild or accidentally lose them, they can quickly establish a foothold, feeding on over 500 different plant species and even consuming the paint and stucco off houses as a source of calcium. 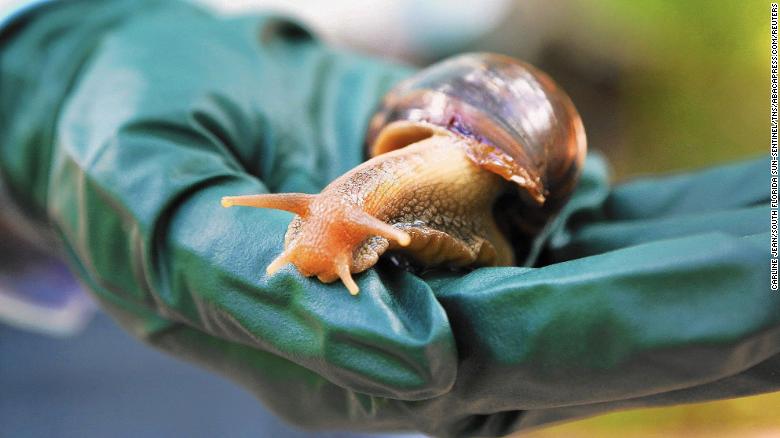 Chitty said the department is currently investigating the population and determining how many snails are in Pasco County. The snails are native to east Africa and can grow up to 8 inches long.
READ MORE: South Africa: President Cyril Ramaphosa mourns for 22 teenagers dead in tavern
The quarantine took effect June 25 and prevents residents from moving the snail or related items, like plants and soil, in or out of the designated quarantine area. Residents who think they have spotted a giant African land snail are advised to call the FDACS hotline and avoid touching the snail without gloves on due to the meningitis risk.
According to Chitty, FDACS plans to spend three years eradicating the population in Pasco County, using the pesticide metaldehyde to treat the soil.
READ MORE: Ghana: African Development Fund approves $27.19 million grant for skills development infrastructure to boost post Covid-19 recovery
“The goal is to eradicate” the snails, said Chitty. “It is a comprehensive and extensive process.”
This is not the first time Florida has dealt with an invasion of giant snails. In 2011,a population of the pests was discovered in Miami-Dade County. It wasn’t until 2021 the population was fully eradicated.
While the snails in Miami-Dade County had grey-colored flesh, the snails in Pasco County have white flesh, said Chitty.
Source: CNN