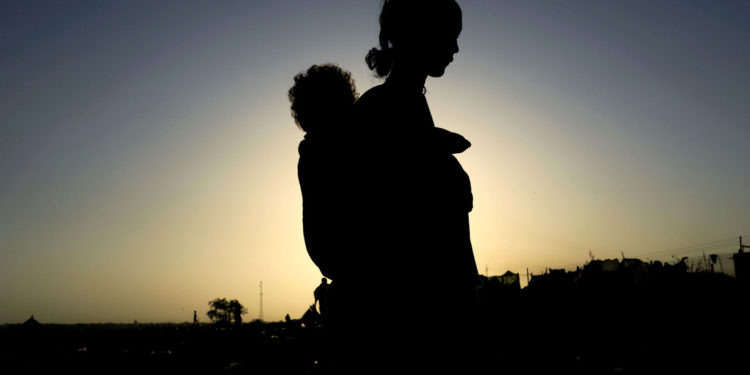 Up to 30m Africans tipped into poverty!

Tens of million of Africans have been pushed into extreme poverty by the disruptions caused by the COVID-19 pandemic, with services industries such as tourism and catering suffering particularly hard, a report released on Tuesday said.

The pandemic has undone many of the poverty alleviation achievements made by African countries over the past years, said the report released by the China-Africa Institute, a research organization. It puts the estimated figure of Africans that fell into extreme poverty in 2020 at around 30 million.

Services industries have been hit the hardest by the coronavirus control measures that have restricted people’s movement and, for periods, shut borders.

By early November 2020, the number of employees in the tourism industry in Africa had plunged by more than 12 million, a fall of 51 percent compared with the same period in 2019, due to the decline in visitor numbers.

It is expected the number of international tourists bound for African countries will not reach the level of 2019 until the end of 2023, the report said.

Last year, tourism-reliant economies in Africa, including Cabo Verde, the Seychelles and Mauritius, saw their economic growth drop by nearly 12 percent on average last year－compared with a 3.5 percent decline for the whole continent, the report found. The continent’s per capita GDP is estimated to drop to the level of 10 years ago, and about 30 million people were unemployed due to the pandemic last year, the researchers found.

Zhang Chunyu, a researcher at China-Africa Institute, said services industries such as tourism and hotel account for a big share of the economy in many African countries, making them vulnerable to strict epidemic control measures. However, the digital economy in Africa saw a boom last year, which has brought new business opportunities to foreign investors.

In contrast with the decline in activity across the manufacturing, services and agricultural sectors, businesses engaged in information technology have enjoyed rapid gains due to the opportunities brought by the pandemic over the past year in Africa, the report said.

The lockdown measures and movement restrictions during the height of the pandemic spurred demand for information technology services, such as e-commerce and mobile payments, the report said. In sub-Saharan Africa, 25 percent of all companies sped up the application of digital technology and increased investment in the area during the height of the pandemic last year, the researchers found.

Piao Yingji, a researcher in African economic development at the Chinese Academy of Social Sciences, which hosts the China-Africa Institute, said per capita GDP in sub-Saharan Africa last year shrank by 5 percent due to the pandemic, and with falling incomes, people’s living standards in some countries have retrogressed for 10 years at least.

“Due to lack of social security, workers in the informal sector, the dominant sector in many African countries, have been hit the hardest, which worsened social inequality,” Piao said.

It is expected that the African economy will rebound by 3.6 percent this year, lower than the world’s average of 5.4 percent, but sustained spread of the coronavirus will be a major factor that restricts the recovery this year, she said.

“African countries need to carry out strong and effective policies and measures to ease the impact to African economy by the pandemic, and meanwhile build new modes for sustainable development over the longer term,” Piao said. “Africa also needs increased support from the international community to help it prevent from falling into a trap featuring sustained low development and high debt.”