The ongoing  conflict has killed over 3,000 civilians, displaced over 700 000 and forced over 60 000 to flee to neighbouring Nigeria as refugees -- UN estimates 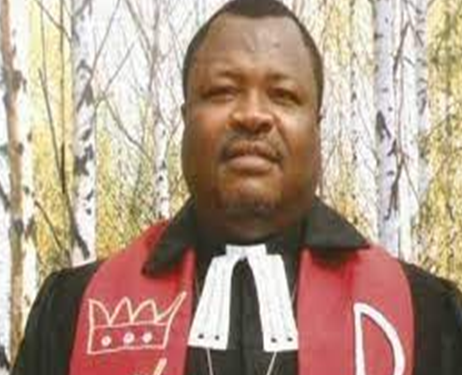 The Moderator of the Presbyterian Church in Cameroon, PCC, has urged belligerent groups in the over five year armed conflict rocking the country’s English-speaking regions to ceasefire and dialogue to end the ongoing violence.

The religious leader’s outing followed a ban placed on the activities of the church in Bali by separatist fighters. The separatists accused the church leader of failing to tell the truth on what transpired during a shootout at PC Ntanfoang August 12.

The church shooting left a female Christian dead, with bullets severely wounding the hand of the parish pastor who was preaching.

He criticised government for picking up arms against its own citizens with aim of easily cowing them docility.

“…the government of Cameroon thought that in a few days they will crush Anglophone Cameroon and stop this crisis. We are getting to the 5th year, so the barrel of the gun will not solve this problem until we sit down as a family and talk out our problems,” the PCC Moderator stated.

The church leader lamented the suffering and hardship the ongoing crisis has brought on civilians. “If you go to Anglophone Cameroon and see the pains of our people there, it is more than this drug addiction we are talking about…our people do not have their daily sustenance anymore,” he revealed.

The Moderator hinted that belligerent groups have been “addicted” with their guns and are using it for personal gains.

Fonki reiterated the stand of the church that only investigations carried out by a credible organisation will determine the perpetrators of the act.

Cameroon’s two English-speaking regions have been plagued by violence for close to five years now. The crisis which has morphed into full-fledged armed conflict started in October 2016 following complaints of discrimination and perceived marginalization by the Francophone-dominated government on the minority Anglophone population.

Government’s seeming highhandedness, negligence and lack of tact in handling the modest demands from Common Law Lawyers and Anglophone teachers during peaceful demonstrations, use of force on unarmed civilians resulting to deaths, arson acts instead radicalised the masses.

The ongoing  conflict has killed over 3,000 civilians, soldiers and members of the non-state armed groups, displaced over 700 000 and forced over 60 000 to flee to neighbouring Nigeria as refugees, according to estimates made by the United Nations in 2020.