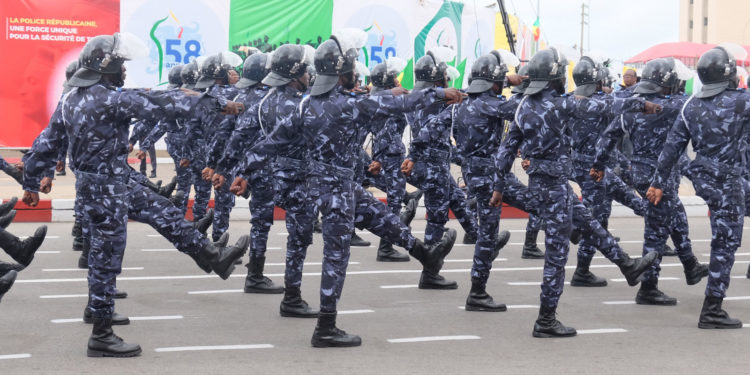 80 Motorcycles Distributed To The Army And Police.

Benin’s defense and security forces received, this Tuesday, December 7, mobile equipment from the Beninese Agency for Integrated Management of Border Areas (Abegief). The official handover ceremony took place at the Ministry of the Interior and Public Security in Cotonou.

80 two-wheeled vehicles were offered yesterday to the defense and public security forces. It was during a simple ceremony that the government, through the Beninese Agency for Integrated Management of Border Areas (Abegief), handed over the keys of the motorcycles to the men in uniform.

This endowment strengthens the capacity of the defense and security forces to better secure the Beninese territory.

At the end of the ceremony, the defense forces paid tribute to their colleagues who died with weapons in their hands during the recent jihadist attacks. This gesture of love and compassion served as a transition to the Minister of the Interior and Public Security, Alassane Séidou, who congratulated the security agents for safeguarding the territory and for their commitment to the population.