The Goalkeepers 2020 report shows that after 20 straight years of poverty numbers coming down, the disease has reversed the trend. 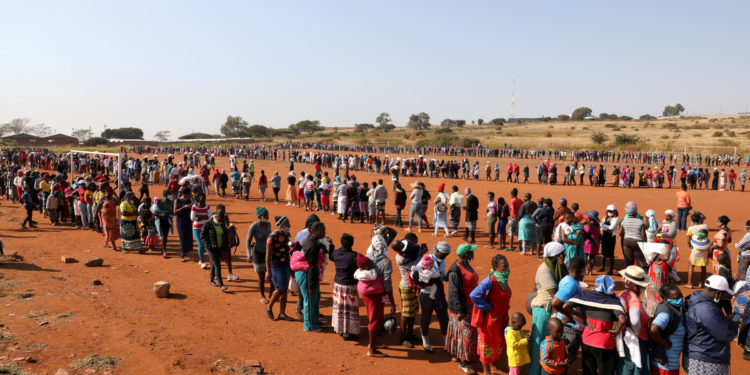 NAIROBI – The COVID-19 pandemic has pushed some 37 million people into extreme poverty, a majority of them in developing countries, a report released on Tuesday by the Bill and Melinda Gates Foundation shows.

“The pandemic has pushed almost 37 million people below the 2,000 shillings (1.9 US dollars) a day extreme poverty line. The poverty line for lower-middle-income countries is 3.20 dollars a day, and 68 million people have fallen below that one since last year,” says the report.

Apart from fanning poverty, the disease has disrupted food access and exacerbated child and maternal mortality.

“Due to the COVID-19 economic crisis, local food markets are less busy and consumers have less money to buy food, which means small-scale farmers are selling and earning less. This is on top of climate stresses that have been getting worse in recent years as well as this year’s locust infestation in East Africa, both of which threaten their livelihoods,” says the report.

It adds that COVID-19 is causing more women than men to suffer and die, in large part because the pandemic has disrupted healthcare before, during, and immediately after childbirth.

“Preventable, treatable complications such as severe bleeding, infection, and high blood pressure cause the vast majority of maternal deaths. Many healthcare workers who used to manage these emergencies, including experienced nurse-midwives, are being diverted to COVID wards,” says the report.

“Current evidence shows that people living with HIV are at increased risk of death due to COVID-19. Before COVID-19, there were already three million ‘missing cases’ of TB: people with active TB who didn’t know it and were passing the disease to others while going untreated themselves. Now, that number will grow even larger as people either cannot go to health facilities for diagnosis or choose not to go to avoid the possibility of exposure to COVID-19,” notes the report dubbed COVID-19, A Global Perspective.

But many countries have responded to the crisis well, notes the report, investing 18 trillion dollars in economic stimulus proving that the world understands how massive the COVID-19 crisis is.

“Many developing countries are doing impressive work on digital cash transfers that put money directly in people’s hands. According to the World Bank, 131 countries have either implemented new programs or expanded existing ones since February, reaching 1.1 billion people,” says the report.

In Africa, the eight members of the West African Economic and Monetary Union, allowed people to open accounts by text message or telephone and follow up later to verify their identity in person.

“More than 8 million West Africans signed up for accounts while their countries were in lockdown,” says the report.

Despite the bleak projections, Bill and Melinda Gates describe a path to ending the pandemic and resuming progress toward the Global Goals. In the report, which they co-author every year, they call on the world to collaborate on the development of diagnostics, vaccines, and treatment; manufacture tests and doses as quickly as possible; and deliver these tools equitably based on need rather than the ability to pay.

“The response to the COVID-19 pandemic has shown us some of the best of humanity: pathbreaking innovation, heroic acts by frontline workers, and ordinary people doing the best they can for their families, neighbors, and communities,” Bill and Melinda Gates write. “This is a shared global crisis that demands a shared global response.”

The report makes clear that no single country will be able to meet this challenge alone. Any attempts by one country to protect itself while neglecting others will only prolong the hardships caused by the pandemic. Developing and manufacturing vaccines will not end the pandemic quickly unless they are delivered equitably.