Russians cannot continue to spend their vacations in Europe as usual when their nation is “waging a war,” according to Haavisto. 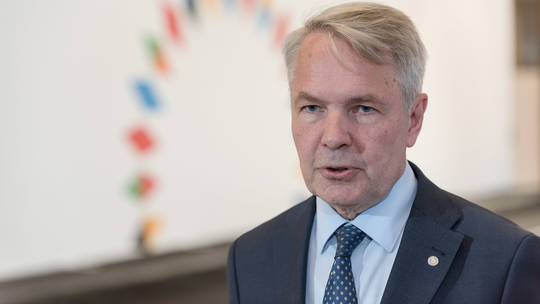 Finland is working on new regulations that would further tighten restrictions on Russian tourists, Foreign Minister Pekka Haavisto told journalists on Wednesday on the sidelines of the UN General Assembly in New York.

“Finland does not want to be a transit country, not even for [holders of] Schengen visas issued by other nations,” Haavisto said, adding that Helsinki seeks to bring the Russian tourist traffic “under control.”

The Finnish Foreign Ministry is currently working with a group of experts on a “solution” to help Finland “limit this traffic or completely stop it,” the foreign minister stated, adding that the measures might involve new laws or amendments to existing ones. In any case, the national parliament “will quickly deal with it,” he said, without naming any specific dates for potential changes.

Unlike the Baltic states, which repeatedly cited “security reasons” for introducing visa restrictions against Russian tourists, Finland does not see Russians traveling to the EU as a security threat, Haavisto noted.

“An ordinary person traveling for the purpose of tourism is not a security threat,” rather, there is “a moral and ethical principle involved,” he said. Russians cannot continue to spend their vacations in Europe as usual when their nation is “waging a war,” according to Haavisto.

Finland already has a mechanism in place that allows it to deny visas to Russians and deny entry to those who already have them. Earlier this week, Helsinki asked Brussels to allow EU nations denying entry to Russians to revoke their visas or place them on a Schengen entry ban list as well, thereby preventing people from entering the bloc through another member state’s territory.

UN Secretary General Antonio Guterres has questioned the EU visa restrictions against Russians. On Sunday, he said doing so “may not be a good idea,” according to RIA Novosti.

The EU suspended a visa facilitation agreement with Russia earlier this month. Some member states also stopped issuing tourist and business visas, while the three Baltic states and Poland announced they would deny entry to all Russian citizens, even those with valid Schengen visas issued by other EU members.