International Women’s Day: The Retailers Of Dantokpa Market In Cotonou Address Their Challenges

This initiative of the National Institute for Women satisfies the expectation of women who have often deplored the lack of information on their rights, duties and opportunities. 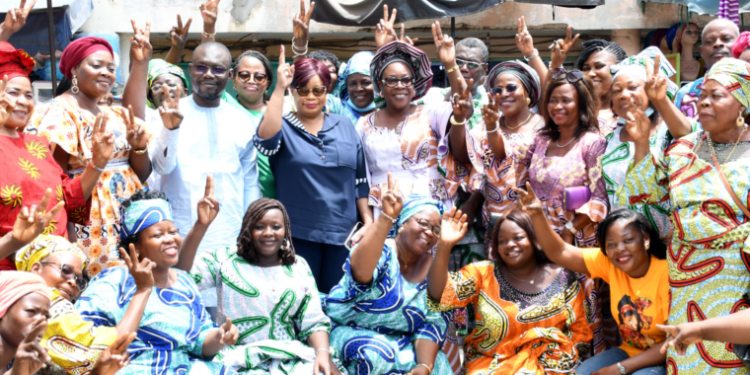 As part of the International Women’s Day, Claudine Prudencio, President of the National Women’s Institute on Tuesday, March 8, communed with the women of the market Dantokpa –With the intention of raising awareness of their rights, duties and the advantages that the government reforms grant them from now on.

“The impacts of climate change on the environment” is the theme around which the women of the Dantokpa market were discussed.

Faced with climate change, the effects of which are also felt in Benin, women vendors are invited to behave in an environmentally friendly manner, to avoid the use of carbon fireplaces and pyres for cooking, to reduce the proliferation of waste.

This initiative of the National Institute for Women satisfies the expectation of women who have often deplored the lack of information on their rights, duties and opportunities.

Claudine Prudencio, President of the National Institute for Women, took the opportunity to present her structure. She said that the Institute has a fund to support women who are victims of violence. She said that the wish of the Head of State through the establishment of this institute is to put women at the heart of the development process, to eliminate violence and discrimination against women, to advocate equal opportunities.

Anastasie Chodaton, President of the market women, thanked the Head of State for the choice of Claudine Prudencio to Chair the National Institute for Women. She praised the diligence of the latter for the development of women and expressed her assurance to see very soon the market women at the heart of the initiatives of the Institute.