Irish special forces troops are expected to rotate home from Mali by the end of April, despite a request from the United Nations to extend their mission due to coronavirus. 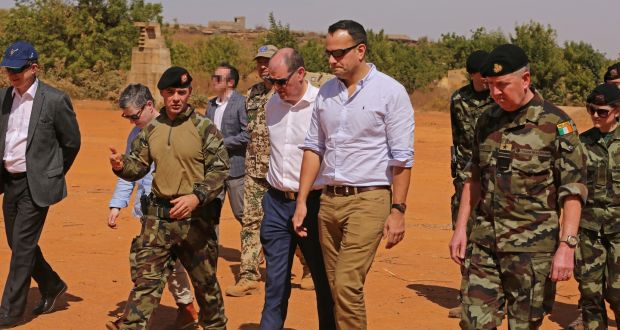 Fourteen Army Ranger Wing (ARW) personnel were deployed to the troubled west-African nation last year in a counter-terrorism role as part of a UN stabilisation mission.

The current contingent were due home at the end of April but this was thrown into doubt when UN secretary-general António Guterres ordered all rotations be delayed until June 30th to prevent personnel bringing coronavirus into vulnerable countries.

However, the Government has decided to ask for an exemption to the order and has requested Germany to aid in the repatriation of the Irish troops. It is understood discussions on logistics are nearly complete and the soldiers will likely be brought home in about a week before self-isolating for 14 days.

The ARW replacement personnel will also be flown to Mali by the German Luftwaffe. It is understood the outgoing troops are already in isolation in Germany in preparation for deployment.

Seven Irish troops serving in Mali under a separate EU training mission were repatriated over the weekend in a joint Spanish/Irish operation.

Questions remain over when the far bigger Irish peacekeeping contingent on the Unifil mission in Lebanon will be rotated home. Sources in the Department of Defence said bringing the 380 person contingent home is far more complicated due to its size and UN worries about their replacements bringing coronavirus into Lebanon.