The Meteorological Agency had initially said Sunday a 3-meter tsunami may still hit the northeastern prefecture of Iwate, but later downgraded the warning to an advisory. 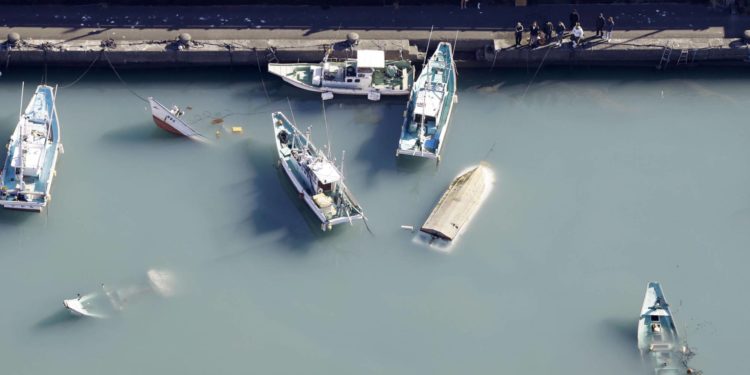 Japan’s Pacific coast was hit early Sunday by a tsunami following a massive underwater volcanic eruption in the South Pacific island country of Tonga the previous day, prompting the weather agency to issue a tsunami warning and advisories while over 210,000 residents were urged to move to high ground.

A 1.2-meter tsunami was observed in the city of Amami shortly before Saturday midnight, while a 1.1-meter tsunami arrived in Iwate Prefecture at 2:26 a.m. Sunday.

According to the agency, a small tsunami of less than 1 meter was observed across a wide area of the country’s Pacific coast from Hokkaido to Kyushu and Okinawa.

There were no immediate reports of injuries.

The Fire and Disaster Management Agency said at least 210,000 people in seven prefectures — Aomori, Iwate, Miyagi, Chiba, Kochi, Miyazaki and Kagoshima — were asked to flee from the seaside. The alert included areas hit by the deadly March 2011 tsunami.