For travelers arriving in Rwanda for the first time, the beautifully clean and high-quality roads in its capital city Kigali would draw an immediate interest. 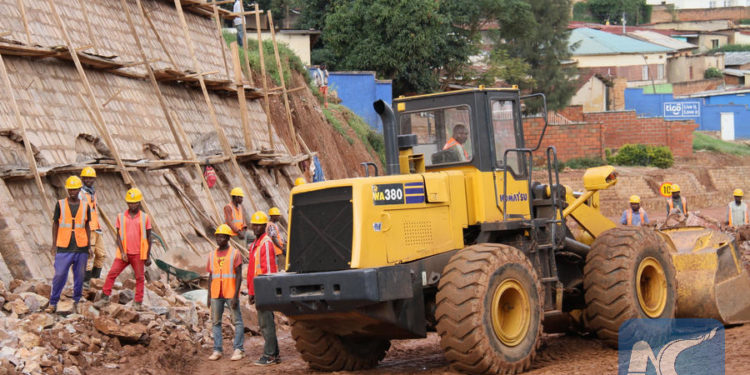 Numerous motorbike taxi drivers in red and green helmets can be seen hurtling among busy traffic on the roads as pedestrians are walking along the sidewalk decorated by green plantations. Viewing from a high point, these roads meander through the extensive green hills shrouded in mist, forming a picturesque view of today’s Rwanda.

These modern-looking roads show that the small central African nation, known as the land of a thousand hills, has risen far above the history of the 1994 Rwandan Genocide to become a place that is now both peaceful and vibrant. They also demonstrate Rwanda’s achievements through cooperation with countries around the globe, including China, over the years.

According to statistics, the roads built by Chinese firms account for up to 70 percent of the total mileage of Rwanda’s national roads. In July 2018, the two countries also signed multiple agreements on bilateral cooperation in the Belt and Road Initiative (BRI).

“The road we built has its own characteristics. As long as you see a green belt in the middle of the road and sidewalks on both sides of the road, you can know that this road was built by us,” said Tian Chong, manager of a 13.8 km road upgrade project with the China Road and Bridge Corporation (CRBC) Rwanda Office.

The project forms part of a road leading to Rwanda’s new Bugesera International Airport, still under construction and located 40 km south of the Kigali International Airport. Tian said more than 80 percent of work for the two-way four-lane road upgrade project has been done so far, and the project will greatly help reduce time spent on traffic.

Anastase from Rwanda, who is secretary for the road upgrade project, said that the high-quality roads built by Chinese companies in Rwanda have improved local traffic conditions and promoted local economic development.

“The roads are very important for the local people and for the country. Now the Chinese are participating in Rwanda’s road construction, it means they are helping the Rwanda people to solve their traffic issues, to improve their economy by using these roads, and of course they give work to the local people,” he said.

Having worked for nearly seven years at the CRBC, he said that work has been rewarding in that it provides stable financial support for him and his family, as well as knowledge of road construction.

Li Jianbo, general manager of CRBC Rwanda Office, recalled his first visit to Rwanda in 1989. He said that Rwanda then had mainly unpaved dirt roads and vehicles were few and far between. But after decades of development, Rwanda has undergone, in his words, “earth-shaking” changes.

“Accumulatively, I have been in Rwanda for more than 20 years working at CRBC. Over the years, CRBC has nurtured many local enterprises and talents. We are recruiting local university students. Currently, locals account for more than 90 percent of our workforce in the country,” he said.

Li said the company aims to roll out more quality projects in Rwanda in the future so as to maintain its good reputation among the Rwandan people.

The robust cooperation in transport infrastructure epitomizes the deepening Rwanda-China cooperation in multiple spheres. Earlier this month, 200,000 doses of the Sinopharm COVID-19 vaccine along with syringes donated by the Chinese government arrived at the Kigali International Airport. Very soon, Rwanda will also participate as the guest of honor in the second China-Africa Economic and Trade Expo to be held in Changsha, Hunan Province, central China, on Sept. 26-29.

According to data released by the Rwanda Development Board, 24 more companies from China were registered in Rwanda in 2020, bringing in investments totaling 300 million U.S. dollars. These investments are in the sectors of construction and real estate, mining, ICT, manufacturing and hospitality.