According to him, member countries must take advantage of the coming into force of the African Continental Free Trade Area (AfCTA) agreement by ensuring value addition to products in order to be competitive in global trade. 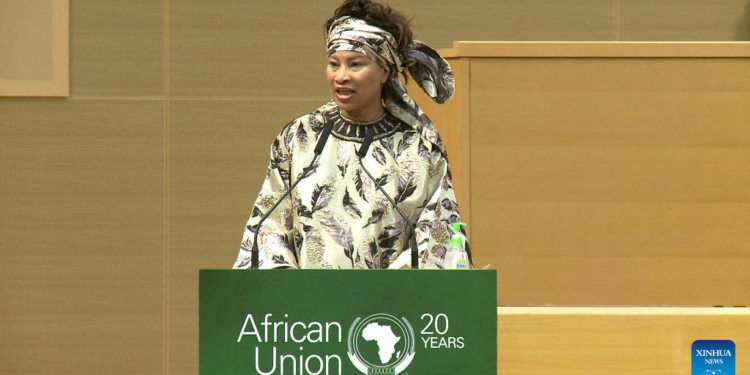 LUSAKA – The 41st Ordinary Session of the Executive Council of the African Union (AU) opened in Lusaka, the capital of Zambia, Thursday with the host country calling on African countries to enhance agricultural production in order to tackle food insecurity.

The meeting, comprising foreign affairs ministers from member states, is being held under the theme “Building Resilience in Nutrition on the African Continent: Accelerating Human Capital, Social and Economic Communities and Regional Mechanisms.” It runs from July 14 to 16.

Zambian Minister of Foreign Affairs and International Cooperation Stanley Kakubo said the theme was a reminder to member countries to up their efforts in translating the continent’s agricultural potential into agricultural growth in order to eliminate hunger and malnutrition.

READ MORE: Five African nations are among 10 countries which are most exposed to Ukraine crisis — UNDP

The minister said that there was a need for African countries to find alternative financial resources in order to foster the competitiveness of African products as well as seek innovative ways of reducing the cost of capital.

He also called on member states to renew their commitments to attaining Agenda 2063, Africa’s development blueprint to achieve inclusive and sustainable socioeconomic development over a 50-year period, and its flagship programs.

Despite the various challenges, African countries must rise up and show the world that they are able to dissolve their own problems, said the AUC chairperson, while urging participants at the meeting to find ways to address the organization’s dwindling contributions so that Africa sees a reduction in dependency on partners.

She said the coming into force of the free trading arrangement was the biggest stride made in ensuring the continent’s integration agenda.

According to her, member countries must be committed to the free trading arrangement as it will create growth and development for the continent.

This was the first time Zambia was hosting an AU event since 2001 when the southern African nation hosted the summit which drew up the implementation plan of the organization as part of the transition process from the Organization of African Unity (OAU).

The meeting was expected to receive reports on the Conference of State Parties of the African Medicines Agency, operationalization of the Africa Centers for Disease Control (CDC), the status of the regional integration in Africa and the division of labor between the AU and regional economic communities.

The meeting will be followed by the 4th AU mid-year coordination meeting on July 17 where 13 African leaders are expected to attend.