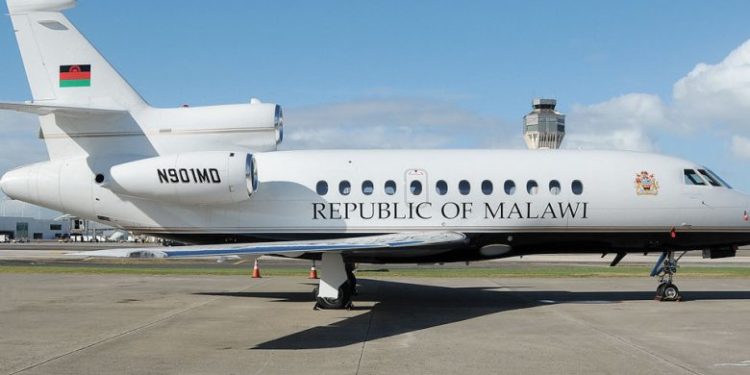 Anti-Corruption Bureau (ACB) Director- General, Reyneck Matemba, has spoken out on the complexities the bureau encountered in following up on the sale of the presidential jet.

Matemba told the Legal and Government Assurances Cluster Committee of Parliament on Thursday that the bureau hit a blank wall in following up on the matter.

But answering a question from a member of the cluster, Matemba said their preliminary investigations into the matter revealed that the plane was battered and that proceeds of the sale never came to Malawi.

“We received that complaint at the ACB and the time we did our preliminary investigations, we noted that, and again, I will be blunt, the case was political.

“Our investigation showed that the plane might have been battered. But, I will be honest on this one, I think as a bureau, we had challenges in pursuing this case because most, if not over 90 percent of activities to do with this case, happened outside Malawi.

“You might have seen in our report that if there is one challenge of investigation that we meet is to do with foreign investigations. They are very expensive. And with the levels of funding that we are receiving, if we have to do one foreign or external investigation, it means the whole of our investigation budget goes,” Matemba said.

He added that ACB had similar challenges on the issue of late president Bingu wa Mutharika’s estate which they are still struggling to break through.

According to Matemba, ACB does not have the mandate to investigate across the border.

“We have to rely on foreign law enforcement authorities to do investigations on our behalf and give us the evidence.

“And for us to be able to get that evidence we have a law which we call the Mutual Legal Assistance Criminal Matters Act and as ACB, we cannot go and get that evidence. That’s the challenge we met even in the Maizegate case. We could not get the evidence that we found in Zambia. We were under pressure here, we just had to start the case,” Matemba said.

“If the other country is not cooperating, that is the end of the matter. That is one challenge in this case. We are not allowed to go there, get the evidence and bring it here. It would not be admissible in court,” Matemba said.

The jet was bought by late Bingu wa Mutharika’s administration in 2009 at around $22 million, a move that angered western donors who claimed that the plane was partly bought using funds aimed at alleviating poverty.

Former president Joyce Banda’s administration sold the plane to Bohnox Enterprise of Virgin Islands and claimed that the proceeds were used to buy maize and medicine for the country.