The US got away with spying on its own people until the revelations made public by Edward Snowden, who leaked highly classified information from the National Security Agency. 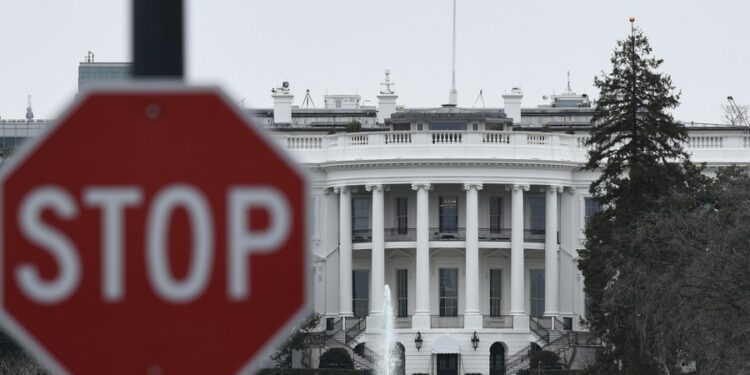 The well-designed term “American exceptionalism” is in fact an unfounded idea that United States values and policies are positive outliers in the grand scheme of human history, which gives rise to the belief that Americans are superior and therefore entitled to impose their ideals and military foothold in every corner of the world.

This principal dogma is also their justification for implementing some of the most violent and brutal foreign policies in modern history, instigating coups, psychological operations and wars under the false pretense of America’s fight against terrorism in the Middle East or their attempts at “restoring” democratic values by way of regime change.

Just to be absolutely clear, the United States of America is by no means exceptional. One can easily point to a time where some other human civilization had also achieved widespread power, like the Han, Romans, Mongols, British or Russians. In other words, there is little about the US that is nonreplicable despite its global reach today.

However, by upholding the term American exceptionalism, politicians can lure the US masses into a false sense of complacency, in a futile attempt at masquerading the dysfunctional state of affairs the country finds itself in, as per the ever-growing $30 trillion debt and gun, racial, social, drug and gender crises.

What is more dumbfounding, however, is “American exemptionalism”. The US seems to be exempted from any serious moral or financial repercussions whenever its military kills civilians or its politicians have duped countries into conflicts with misinformation in recent history.

The US got away with lying to the world about Kuwait with the Nayirah testimony by conspiring with Amnesty International, which laid the foundations for the Gulf War, and then again on the Iraq War later on.

READ MORE: Russian troops have entered the outskirts of the Ukrainian city of Sievierodonetsk after “very fierce “fighting

The US also created the worst refugee crisis in modern history by terrorizing millions in Syria, Iraq, Afghanistan, Yemen and Libya, displacing 32 million people from their homes. This is notwithstanding the fact that their Nordic and European allies are taking up their responsibility to host the said refugees－renewing extremist tension and a surge in violent crimes in Norway, Sweden, France and Germany.

This year, the US seized the assets of Russians deposited in the US and profited from hundreds of billions of dollars in arms sales.

Something is definitely amiss.

Since the Russia-Ukraine conflict broke out in February, Western media outlets have conveniently glossed over US involvement in escalating tension in Eastern Europe, such as by NATO encroachment over the past three decades.

Moreover, headlines in Western media create the impression that a diplomatic resolution was never an option, making it seem like there were only deconstructive alternatives for both Russia’s and Ukraine’s consideration.

It must be obvious by now that NATO has outlived its purpose, having already accomplished its founding objective, which is to counter the (now nonexistent) Soviet Union, and further expansion cannot be justified.

European members need to understand that even without NATO’s assurances, the defensive force of the European Union is sufficient as a deterrent for all intents and purposes, especially considering that the $800 billion the US spends on NATO each year does nothing but serve US interests.

Trading the EU’s military autonomy for servitude to US foreign policy will eventually spell ruin for the EU members themselves. Besides, how can you trust an ally that will form military alliances behind your back, like when the US formed the security pact AUKUS with Australia and the United Kingdom without consulting Germany or France?

This leads to a final point. Continued US aggressive moves in the form of eastward expansion will destabilize global security. Not only will US expansion be viewed as a direct threat to Russia and China, but it will inevitably heighten global tensions to a level never seen before and disrupt the lives of most people on Earth.

Members of NATO have to realize the dangerous game the US is playing and leading before we find ourselves in a perpetual Cold War deadlock between years of spending trillions preparing for a war that may or may not happen, or witness a new world war.

The author is a Hong Kong-based research officer for the International Probono Legal Services Association.