At the news briefing, Zhao also urged the US to take concrete actions to honor its commitment of acknowledging Tibet as part of China, and not supporting "Tibetan independence". 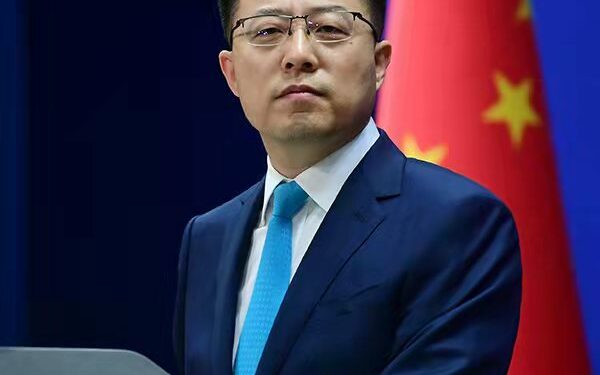 China has warned the United States not to challenge the one-China principle, vowing that it will take firm actions to safeguard its sovereignty and security interests, and the US side can count on China to keep its promise.

In a phone conversation on Wednesday with US National Security Advisor Jake Sullivan, senior Chinese diplomat Yang Jiechi said that the Taiwan question is the most important, sensitive and a core question in China-US relations.

Yang, a member of the Political Bureau of the Communist Party of China Central Committee and director of the Office of the Foreign Affairs Commission of the CPC Central Committee, urged the US to strictly honor its commitments to follow the one-China policy and not support “Taiwan independence”.

He warned that if the US persists in playing the “Taiwan card” and goes further down the wrong path, it will surely put the situation in serious jeopardy.

The phone call between Yang and Sullivan was made on the same day US State of Secretary Antony Blinken issued a statement that strongly advocated for the World Health Organization to invite Taiwan to participate in the upcoming World Health Assembly as an observer, which obviously goes against the one-China principle.

Speaking at a news briefing in Beijing on Thursday, Foreign Ministry spokesman Zhao Lijian said that China strongly rejected Blinken’s statement, urging the US to stop exploiting the WHA to play up issues related to Taiwan.

“Any attempt to play the ‘Taiwan card’ to contain China will be firmly rejected by the overwhelming majority of members of the international community and is doomed to fail,” he said.

Liu Chang, a researcher of US studies at the China Institute of International Studies, said that the WHA issue has become an important leverage for Washington as it beefs up efforts to contain China with the Taiwan question.

“By creating intensified strategic tensions around China, the US creates the strategic atmosphere to sell its ‘Indo-Pacific Strategy’,” Liu said.

According to Yang, for some time the US has interfered in China’s internal affairs and harmed China’s interests with wrong words and deeds, which China firmly opposes and has forcefully responded to.

The US should match its words and deeds, translate its commitments into concrete policies and actions, cooperate with China, properly manage differences between the two sides, and do more constructive things to bring bilateral relations back to the right track of sound and steady development, he told Sullivan.

At the news briefing, Zhao also urged the US to take concrete actions to honor its commitment of acknowledging Tibet as part of China, and not supporting “Tibetan independence”.

He made the remark as US Under Secretary Uzra Zeya is expected to meet with the Dalai Lama and visit Tibetan communities in Nepal on Thursday. She met with the head of the so-called “Tibetan government-in-exile” and some “Tibetan representatives” in India on Wednesday.

Zhao urged the US to stop meddling in China’s internal affairs under the pretext of Tibet-related issues, and offer no support to the anti-China separatist activities of the Dalai clique.

“China will continue to take necessary measures to resolutely safeguard its sovereignty, security and development interests,” he said.