Thousands of Nigerians in Diaspora and locally have applied, paid but are yet to be issued their international passport booklets 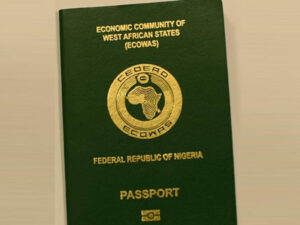 Thousands of Nigerians in Diaspora and locally have applied, paid, and been captured but are yet to be issued their international passport booklets, along with foreign visitors seeking visas, continue to groan about the difficulties associated with the process.

This scarcity of booklets has been blamed on the failure of the federal government to grant a window to the Nigeria Immigration Service to utilize part of the revenue generated in dollars and currencies from foreign embassies.

Top sources at the Ministry of Interior and at the Immigration Service who pleaded not to be named, revealed that despite generating billions of naira through passports and visas issuance at its embassies, the federal government has failed to grant the NIS a window to utilize part of the revenue its generates from these embassies to boost production of booklets, thereby leaving the service to source for funds elsewhere.

READ MORE: The Embassy of India in Equatorial Guinea celebrated the 8th International Day of Yoga

They revealed that, ‘The NIS is handicapped. As it stands, it’s the local that takes care of the operations in the diaspora. The CBN is not giving the NIS a window to foreign exchange. Monies paid in embassies go straight to the CBN, with NIS getting nothing, except from its budgetary allocations. So, the company supplying the booklets goes to bureau de change to buy foreign currencies for passports and meanwhile, NIS, has not increased the price. So, it will eat into NIS revenue, because the printers will bring their bill and NIS has to pay them.

According to these sources, it will require the intervention of both the executive and the legislature, because apart from not getting some of the revenue generated, depriving the service of adequate forex exchange is a major setback

Though the Minister of Interior, Ogbeni Rauf Aregbseola, assured stakeholders that new applicants would get their passports within six weeks while renewal would not exceed three weeks with passport application and payments being migrated to digital platforms. LEADERSHIP Sunday has observed that applicants still patronise touts and unscrupulous officials in the hope to beat the system and get expedited services.

Experts who believe that the Nigerian passport is the highest affirmation of Nigerian citizenship, have further opined that it remains the responsibility of the government to provide the passport without any stress, within a reasonable period.