Many Africans have confidence in China — South African Survey

The survey was conducted through face-to-face interviews with 4,500 youths in 19 African countries. 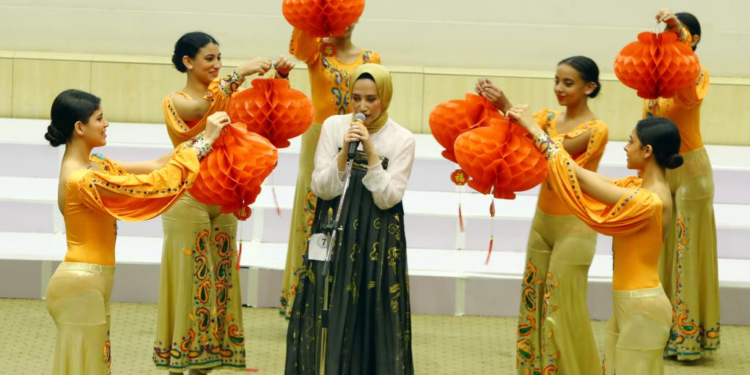 African youths believe China is the most influential foreign country making positive contributions to the continent and impacting their lives, according to a survey released on Monday.

The 2022 African Youth Survey, commissioned by South Africa’s Ichikowitz Family Foundation, found China leapfrogging the United States to be the darling of many African youths. The survey was conducted through face-to-face interviews with 4,500 youths in 19 African countries. The report showed that 76 percent of respondents believe that China brings positive influence to the continent.

READ MORE: The Embassy of India in Equatorial Guinea celebrated the 8th International Day of Yoga

A total of 54 percent of the respondents said that China has a big positive influence on their countries. In Rwanda, 97 percent of youths said China is among the most influential foreign countries in Africa, with 95 percent of those in Malawi saying the same, followed by Nigeria with 90 percent.

“For a second time, China has emerged as the foreign country most young Africans see as engaged in the world around them, and the overwhelming majority sees that engagement as a win-win scenario,” said Ivor Ichikowitz, chairman of the Ichikowitz Family Foundation.

The report showed that 13 percent of African youths predict that China will have a significant influence on Africa in the future as they appreciate China’s investments in African infrastructure.

Some of the benefits brought by China to Africa include access to affordable products, job creation for Africans, and training and skills development, stated the report. African youths also appreciated China for providing loans, economic support and good export opportunities for the continent.

“It is critical for all foreign actors in Africa to consider the needs, concerns and aspirations of today’s youth who, inevitably, will become tomorrow’s leaders,” Ichikowitz said.

China has been providing support to Africa over the past decades in various forms, including donations, interest-free loans, infrastructure development, and healthcare and agricultural assistance.

Between 2000 and 2020, more than 13,000 kilometers of roads and railways were built in the continent by Chinese companies, in addition to more than 80 major power facilities, more than 130 healthcare facilities, 45 sports stadiums and more than 170 schools, according to a report released by China’s State Council Information Office in November.

China has also been Africa’s biggest trading partner since 2009, with bilateral trade exceeding $250 billion last year, a record high since 2014, according to China’s Ministry of Commerce.

China has also sent medical assistance teams to most African countries since 1963, which has provided 230 million diagnosis and treatment services to locals in total. A number of friendship hospitals have also been set up across Africa to provide medical services and training.

“Traditionally, China has been providing support to many African countries,” James Kimonyo, Rwanda’s ambassador to China, said. “China started to provide support to Africa decades ago, before China developed itself.”

Over the past decades, projects financed or built by China, including many landmark projects such as the railway linking Tanzania and Zambia, have played an important role in economic development and improving people’s lives, he said.