Soldier opens fire in Gambia after being arrested with cannabis

Security personnel have currently launched a manhunt for the suspect who is believed to be on the run at the time of gathering the report. 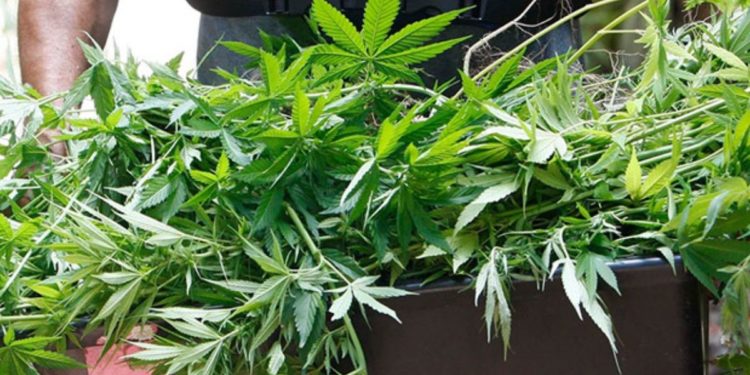 Nuha Conteh, a member of The Gambia Armed Forces (GAF) who was on Tuesday arrested by operatives of the Drug Law Enforcement Agency The Gambia, (DLEAG) opened fire in the air as a means to enable his escape, The Point has learnt.

He was arrested with suspected bundles of cannabis.

Security personnel have currently launched a manhunt for the suspect who is believed to be on the run at the time of gathering the report. The matter is currently under investigation.

Ousman Saidybah, spokesperson of DLEAG confirmed the development to our reporter.

DLEAG operatives, he explained, on Tuesday 28 April 2020 alongside an officer of The Gambia Police Force (GPF) stopped a commercial vehicle with the registration number BJL 1890 S for routine check at the Kalagi Check Point in WCR.”

According to him, with support from colleague police officers on duty, he (Conteh) was taken together with the said suspected container to the charge office.

“Upon arrival at the charge office, the said individual took out a pistol, fired a shot into the air to pave a way for his escape. Later, a search was conducted but he could not be traced.”

In similar but separate development, Saidybah added, operatives within the Kanifing Municipality arrested four suspects, three Gambians and one Senegalese on suspicion of being in possession of suspected cannabis for the purpose of drug trafficking contrary to section 43 (4) (e) of the DCA 2003.

DLEAG PRO added: “A total of 13 suspected including a female have been charged for being in possession of prohibited drug for the purpose of drug trafficking as at the reporting period. Out of these 13 people, 12 are Gambians and one is Senegalese.”

The agency, he emphasised, will continue to renew its commitment in ensuring that it fulfil its mandate as provided for in DCA 2003.

“We call on the public to remain vigilant and report suspected activities to law enforcement. The health and safety of all should be of paramount to every genuine Gambian and non-Gambian residents in the country.”